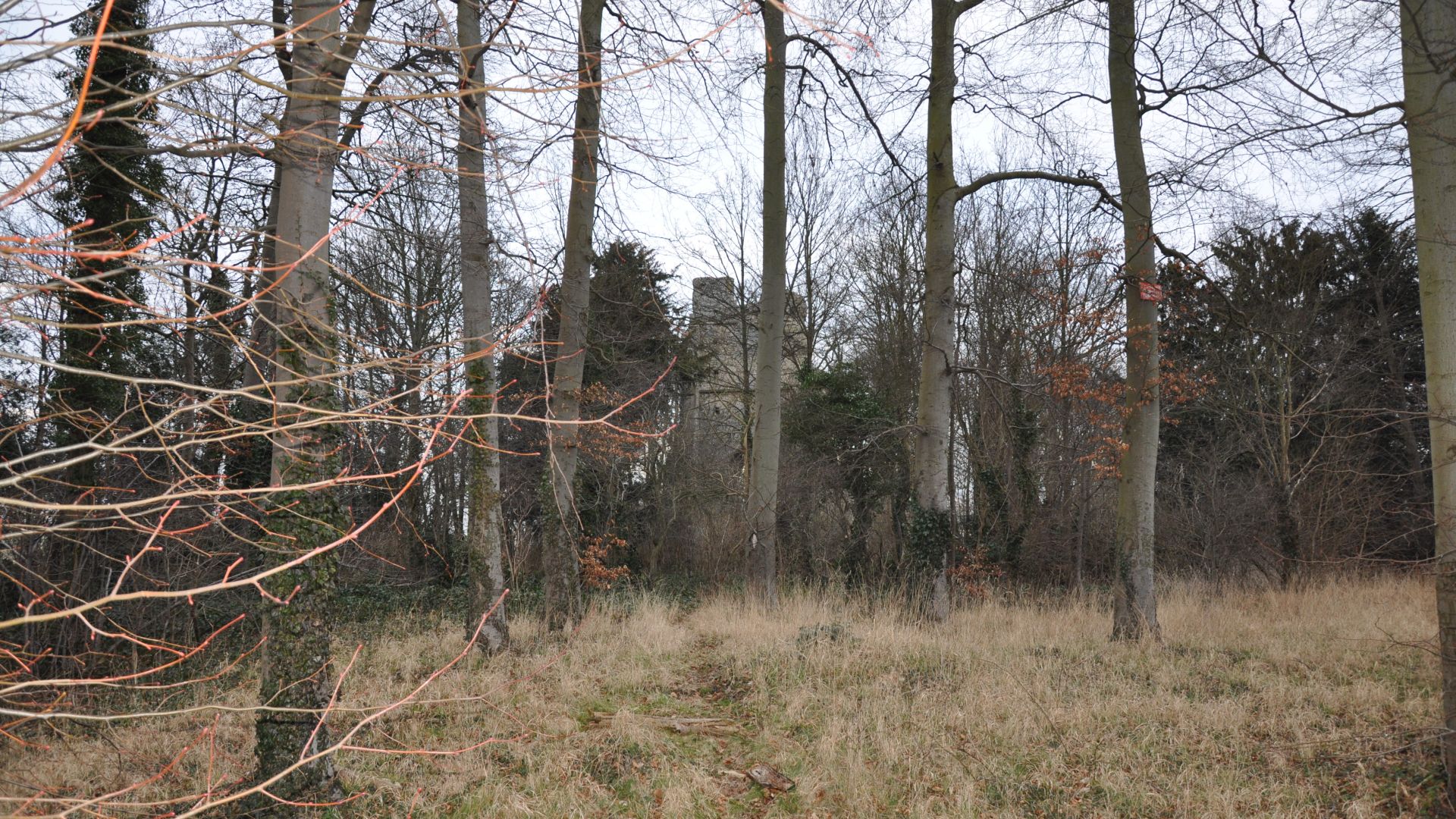 The lost village of Silverley, Cambridgeshire, did have a church, we found the remains of the Parish Church All Saints in a triangle shaped wood, about a mile to the south of Ashley village.  You have to be quick to notice it, it had taken us about half an hour from when we arrived and in the end we had to ask a local, who knew where it was straight away. The above view is taken from the roadside, so you can see why you could miss it.  You have to climb over an old wire fence that has fallen down, which looked ancient and ignore the keep out sign, trampled through some undergrowth (this time I did make husband accompany me, only by saying I could trip up and break something…did the trick) you then come face to face with the remarkable remains of a church tower. It is remarkable because it very nearly wasn’t even remains.

There is a strange beauty of what is left of the tower and when you find out it was abandoned in the 16th Century, you start to wonder what did happen to the village and all the people who had worshipped, married, were baptised and buried here, no sign of a churchyard now, long gone.

Now for the history notes……The remains are of flint rubble and limestone dressing.  The church dates from 1254 and dedicated to All Saints by 1447, the tower was built in 1517.

The village of Silverley is mentioned in the Domesday Book and even mentioned earlier in 1177. In the Middle Ages Silverley and nearby village of Ashley each had their own parish church, but in 1554 Silverley Parish was merged with Ahsley and the last burial at All Saints was in 1564.  Both churches were abandoned in the 16th Century and the private chapel of the Knights Hospitaller’s Manor House carried out the services in their place until a new church was opened in Ashely in 1845. The churchyard at Silverley was then used for tree planting.

Once the two Parishes had merged, the village of Silverley then seems to have completely disappeared between the 17th & 19th Century, now there is no trace of it. 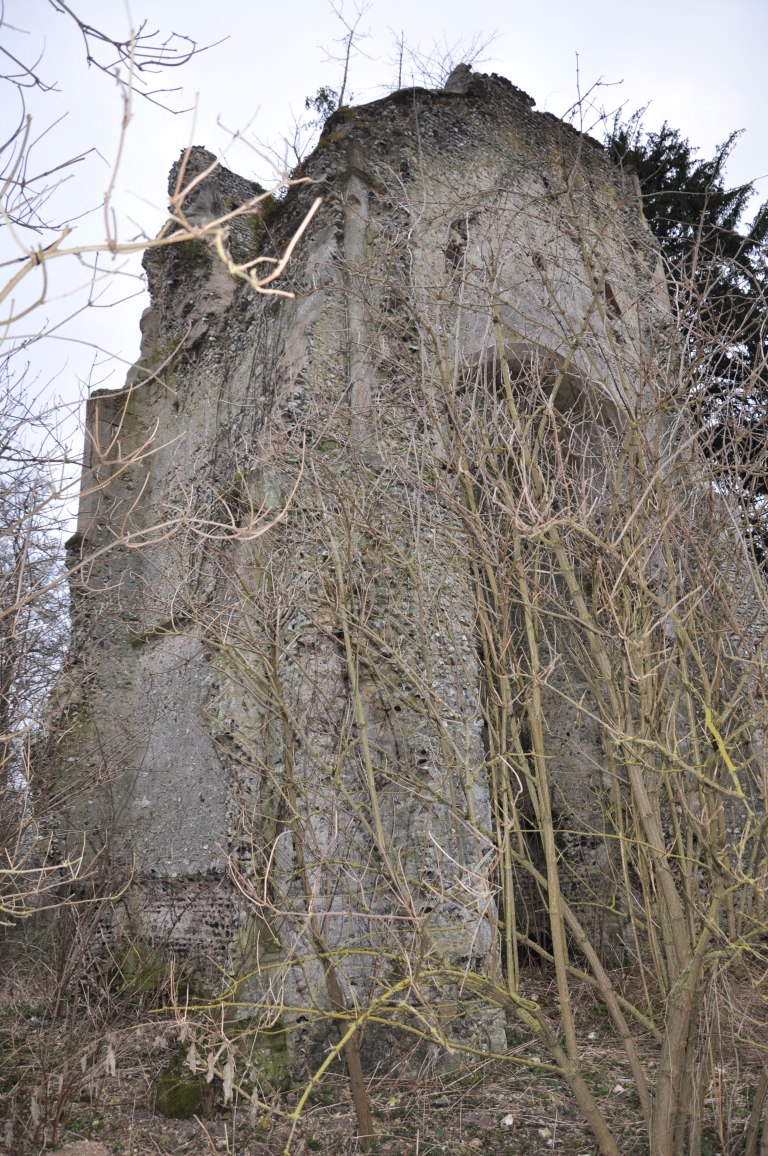 The church & churchyard were rented out and in 1627 the church was used as a barn. Everything, apart from the tower and some fragmentary walling, had all gone by 1752. The awful thing is that the upper stage of the three storey tower was demolished in recent years and only by prompt action on the part of the locals saved the remainder. The tower is now a grade two listed building. Its good to know that only time will effect the tower and not man now. I found the visit very interesting and enjoyed researching the history…..I am sure there is a lot more…but enough for one day.

8 Replies to “Ruins of All Saints & Lost Village of Silverley at Ashley, Cambridgeshire”