Continuing my wanderings around Kings Lynn in Norfolk, I made my way to the Tower of Greyfriars Priory, which is now surrounded by the very pretty ‘Town Gardens’  they are laid out in what would have been the shape of the Priory.  But as I choose somewhere to sit in the sun, I noticed a small row of ancient arches, I assumed that they were part of the Priory. 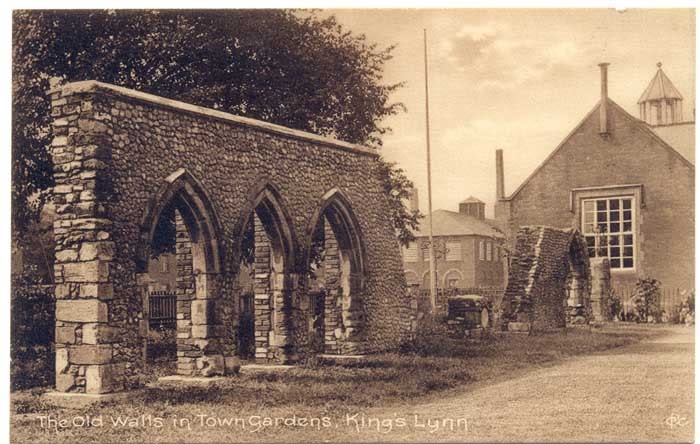 Reading the notice board informed me they were not attached to the Priory and had come from a demolished house in Bank Lane.  Now that is interesting, because they reminded me of the cottages in Priory Lane, which are part of a priory, this can’t be a house, can it.  So I have spent quite a lot of this evening looking for something that would tell me more. 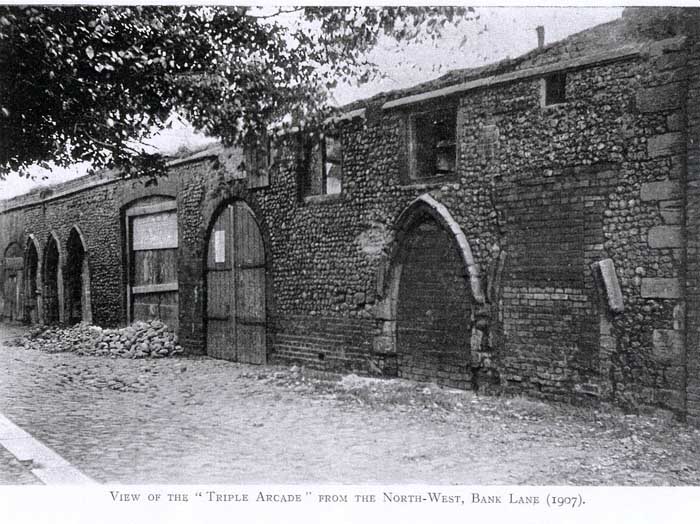 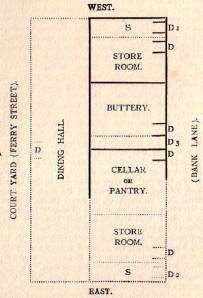 Bingo….a wonderful postcard of the very building and a plan of the building, one can’t help wishing that the Kings Lynn Trust had been around at the time to have saved this ancient building.  Now to me this is so similar to the Priory Lane building, could even be the same square gateway (the one in middle of the photo with the bricks or rocks against it).  I can’t find anything to tell me what the building was, but I am thinking ‘Priory”…but then I am only guessing.

Update 2014….found out a little more, the arches are 14th century and the building was demolished in 1910. 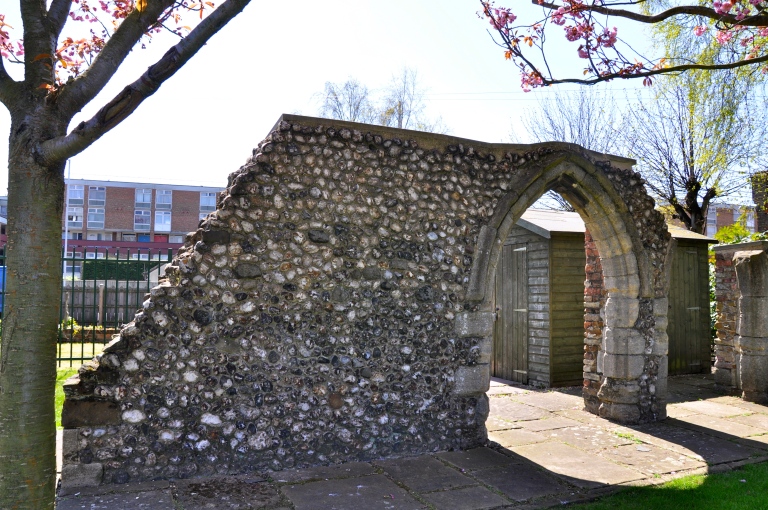 I suppose we are lucky that they saved the arches and didn’t use them for a rock garden in the very gardens they are now situated in, but they do look very clinical and it would have been so much nicer to have had them saved in the building they belonged to, what ever it was.