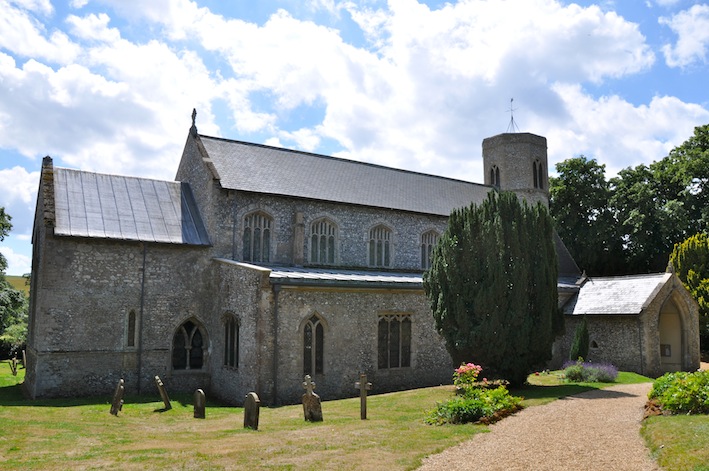 This is the beautiful church of St Mary’s Sedgeford, Norfolk and I want to try something different with this church.  Normally I do one post on each church, although the one in Astbury, Cheshire, I did break down to three posts to experiment.  I found that I could do more justice to the church rather than cram it all into one post.  So I am going to break this beautiful church down to interior, stained glass windows, dressings (i.e. wall paintings ,corbels etc) and exterior with churchyard.  The churchyards often get missed out but some churches are situated in lovely settings and have some amazing headstones and tombs. 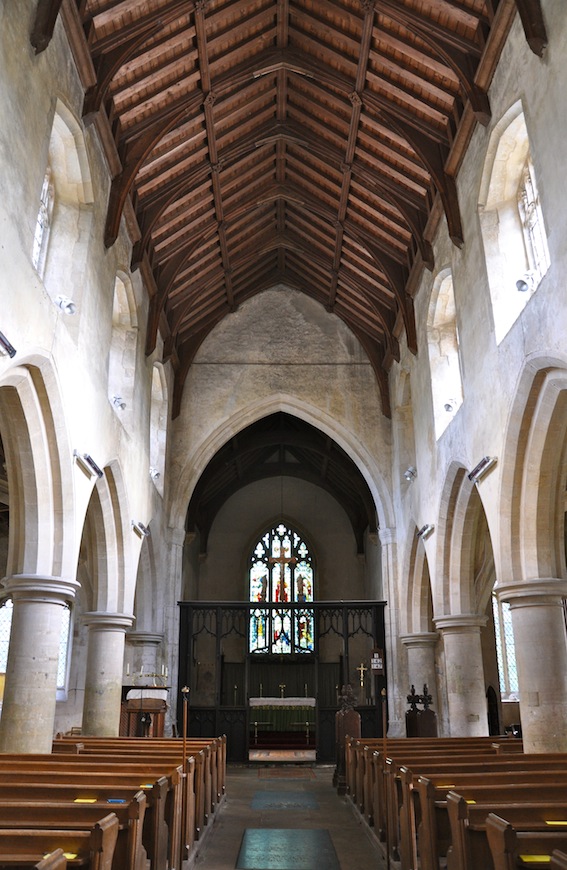 The first thing that strikes you when you enter the door, which was open, are the graceful Nave Arcades.  They are part of the Early English building phase and with the great clerestory windows the natural light floods into the building. 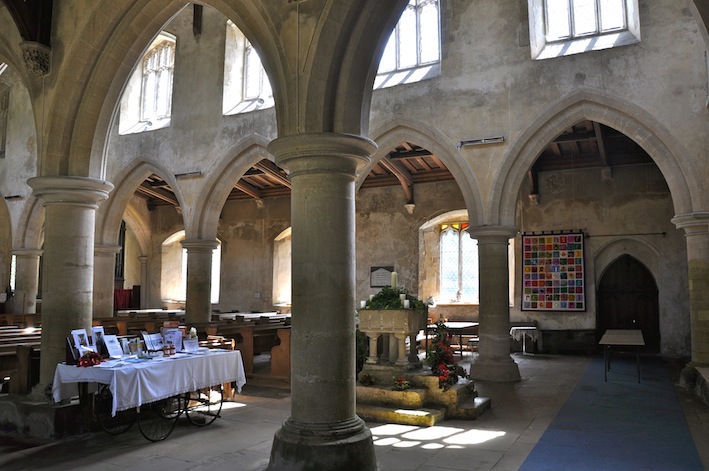 Churches with round towers were built from Saxon times, but now it is thought that St Mary’s church is of a later date.  The first recorded history of the church is in 1780 when the chancel was shortened, so it is really not certain how old the church is.  Both stages of the tower, nave and chancel were probably all built at the same time in the late 13th century.  I found out that the font is Norman, so maybe from an earlier church.  St Mary’s Church as it is today evolved from its foundations in the late 1200’s over a period of 200 years, until the 15th century.

In 1841, the church had became dilapidated, the congregation had to use their umbrellas inside the church, restoration work was carried out in 1882.  While the congregation were trying to stay dry, smugglers were using the little used South porch for temporary storage. There isn’t anything to say what they were smuggling, but I like to think it is was fine french wine, but it was most likely to have been brandy.

There are no grand monuments or spectacular furnishings, but there are some really nice stained glass widows and sometimes less is more. 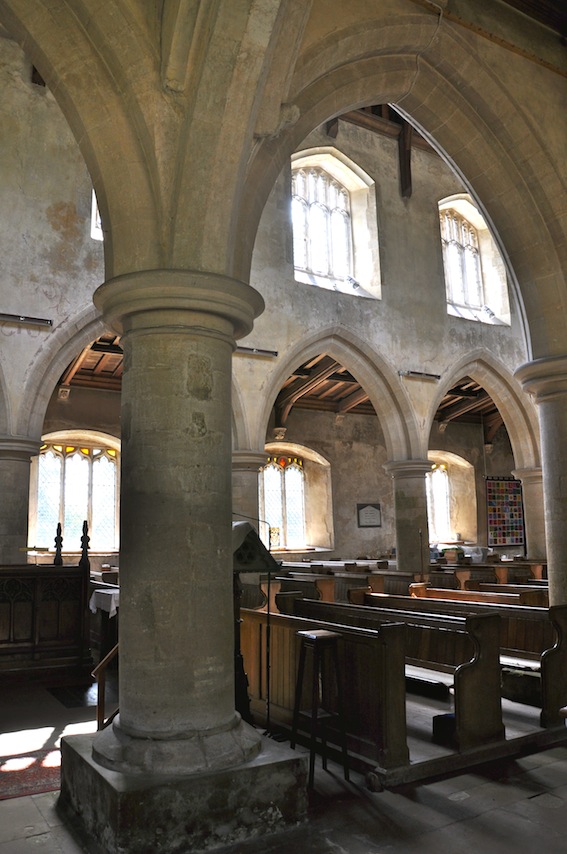 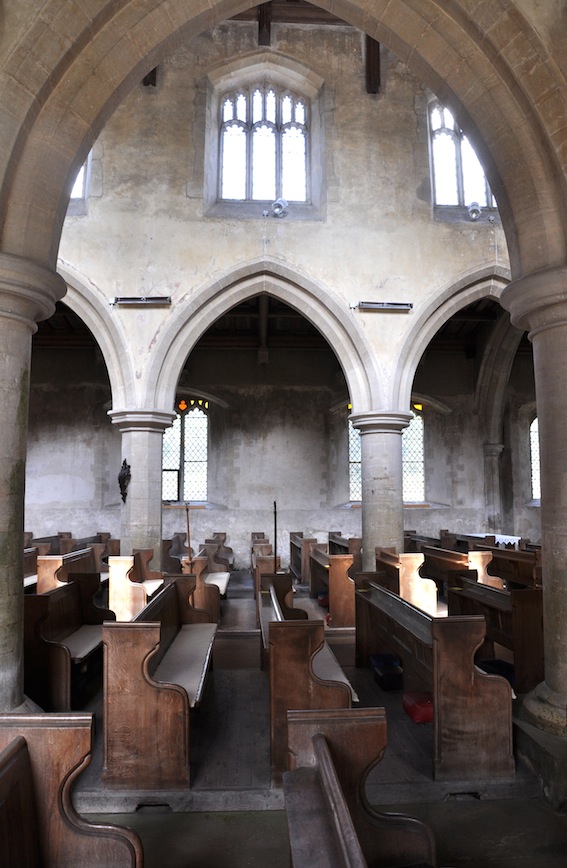 It is very difficult to try and convey the feeling of this church, it has a timeless feel and you just get the feeling not a lot has changed as you wander through the aisles and between the arches.

The next tour of St Mary’s will be the stained glass windows. 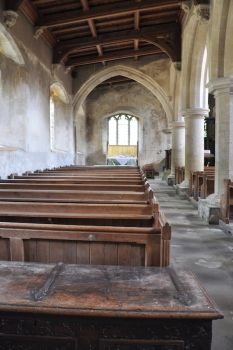 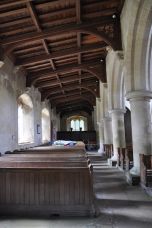 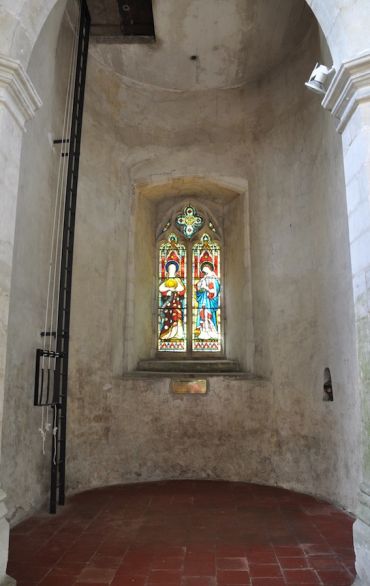