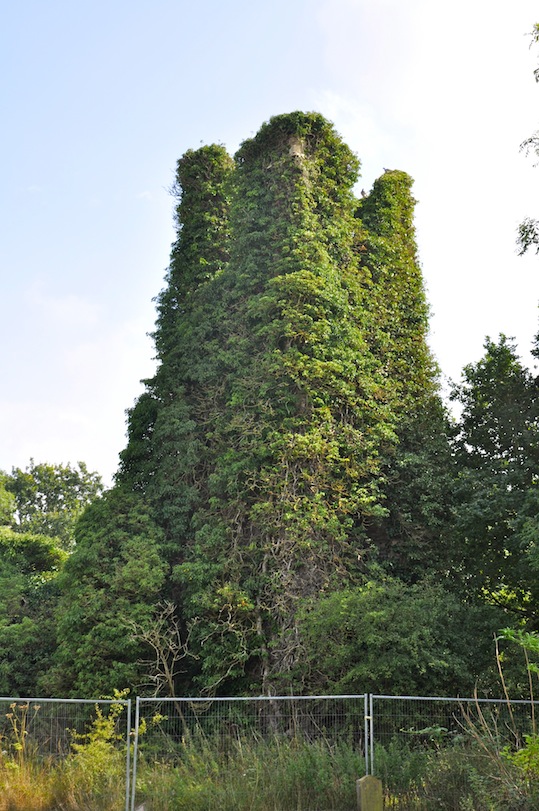 Antingham is one of at least 12 villages in Norfolk having two medieval churches in the same churchyard.  The ivy clad ruined St Margaret’s church dates from the early twelfth century and St Mary’s church was built between 1330 and 1360.

Both churches could have been used after the reformation, but by the 18th century, both were in a dreadful state and the village was by then too small to continue to maintain both churches.  St Margaret’s was abandoned and stone from the building was used to restore St Mary’s Church.

There is quite a lot of the church remaining, but so covered in ivy and elder it is very difficult to see the stonework.  Also it is fenced off so you can’t really explore it.  Apparently there is a long crack from top to bottom of the west wall of the tower, suggesting that at some time in the past it has been struck by lightning. 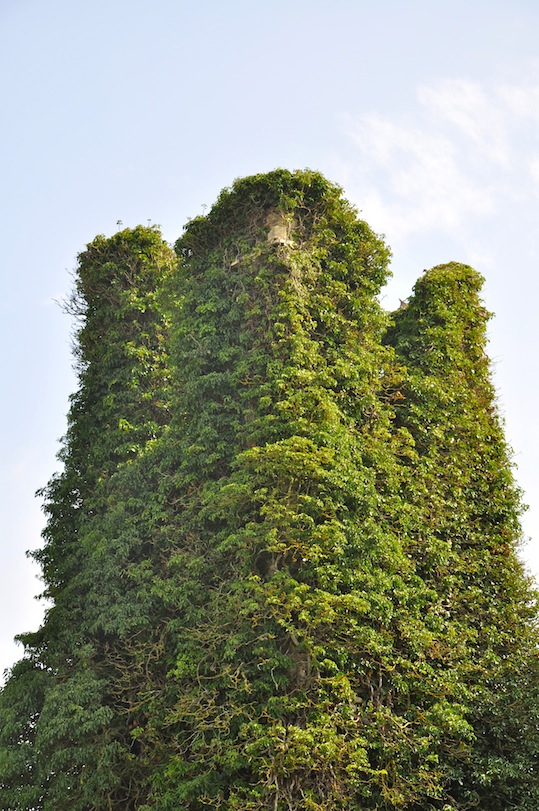 When you look from the neat tidy church of St Mary’s across the churchyard to the ruinous state of St Margaret, you can’t help but be saddened by the picture.  I found it quite sad, but then I suppose both churches could have gone the way of St Margaret’s.