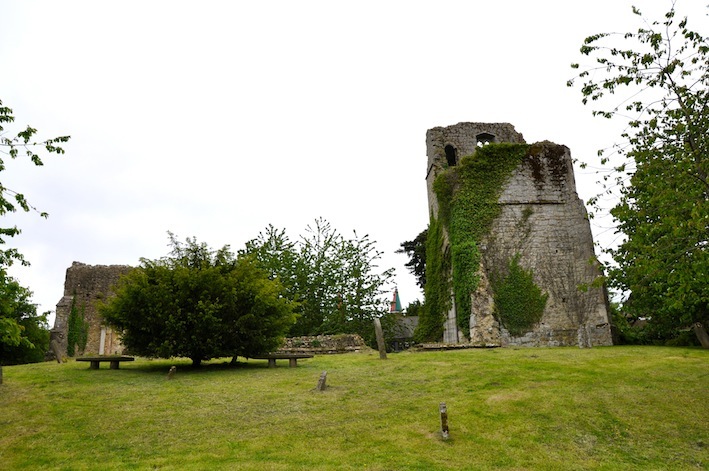 Earlier in the year we went to explore the famous haunted village of Pluckley in Kent, mainly the church and screaming woods, but just before we reached our destination we came upon these ruins. 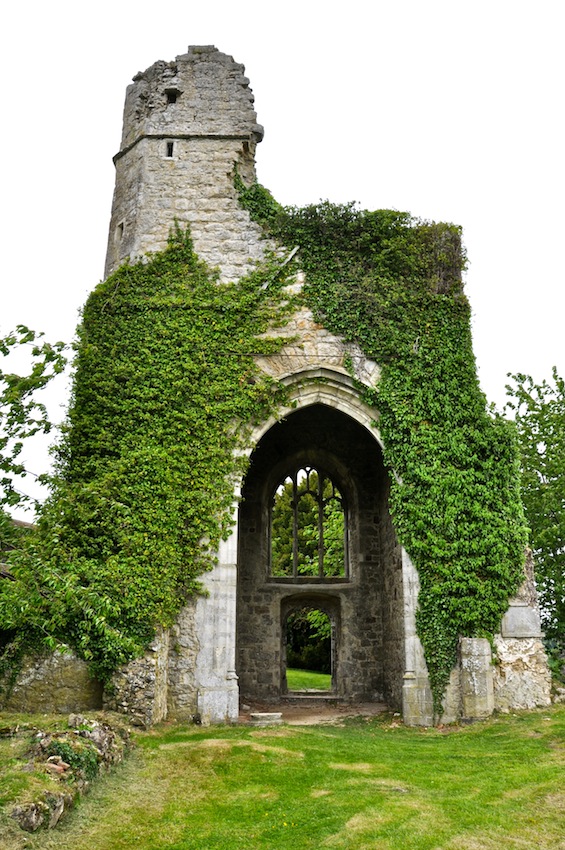 In fact some people think this is Pluckley, but these remains are the ruins of St Mary’s Church at Little Chart.  The church was dedicated to Saint Mary the Virgin and the Holy Rood.  The Normans built the church in the 11th century as a two cell structure, and over the years it expanded…… described as a handsome building of sandstone with two aisles, two chancels with a steeple at the west end. The steeple is said to have been built in Henry VII’s reign. The Victorians carried out major repairs in the 19th century with new windows, and oak panelling. 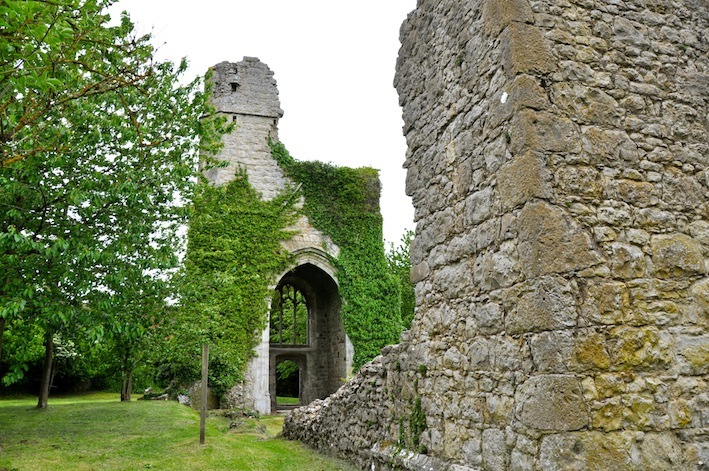 On one fateful evening, 16th August 1944 during WW2, the unthinkable happened, St Mary’s received a direct hit from a flying bomb, a doodlebug,  With only the damaged tower and parts of the chancel wall surviving, the bells were removed and stored.  In 1955 a new church was built nearer the village.  Fortunately no one was killed, but that has not stopped the site from becoming a ghosts hunters paradise.

It does have a vey sad haunted feel about it and it felt stronger in the woodland with the broken headstones overgrown with brambles.  It was quite an overcast day which added to the spooky feeling of the site being abandoned.  It is sad to think that we had shot down the bomb and with all the farmland and open space surrounding the church, it landed square on the building.  But it was better an empty church than an occupied dwelling, as it was on route to London.

As to the hauntings…….there have been some sightings of mist, when there has been no mist and several sightings of groups of people in the distance, plus sounds from the tower.  But I think the church in Pluckley is more haunted then here…….. because at least here, all my photos remained on my card…..unlike Pluckley Church where all the gravestone and monument photos disappeared……….. 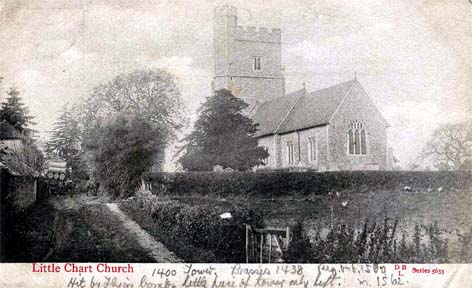 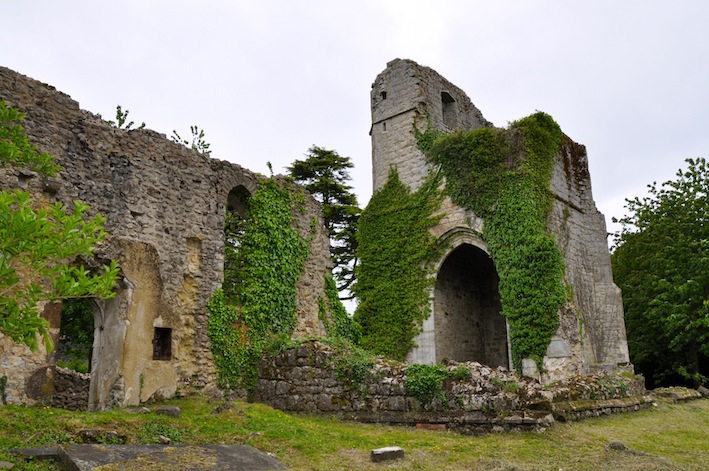 I did have a hardened ghost hunter with me as a companion, who did his very best to track down a ghost, but they were hiding in the shadows on the day we visited.

14 Replies to “The Haunted Remains of Little Chart’s Church”