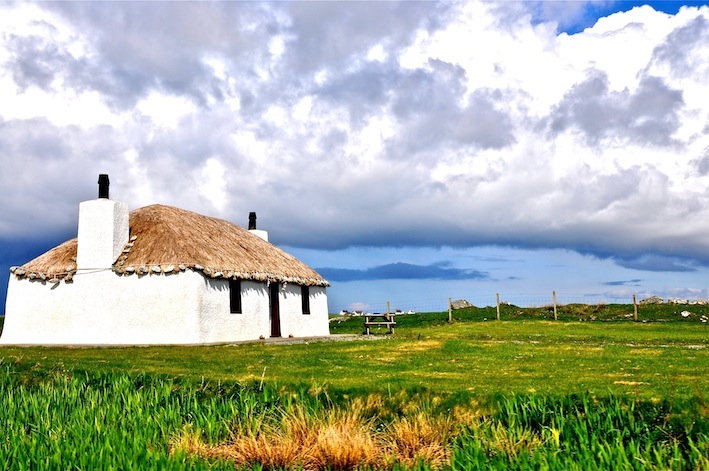 This type of cottage on the Isles of the Outer Hebrides is called a Whitehouse. The original buildings were called Blackehouse’s, cottages that had no chimneys with just a hole in the thatched roof to allow the smoke to escape, so allowing the interior of the roofs to become black with soot.  When some of the Blackehouse’s were modernised they were called Whitehouses, along with the early part of the 1900’s two storey concrete type house, that were built for the owners of the old Blackhouses to move into.

These concrete houses’s were really a failure, because many were built with no damp course and became impossible to live in.  Some of the owners moved back in the Blalckhouse which were still standing next to the new concrete house.  Its amazing to see a ruined Blackhouse and concrete Whitehouse in the same garden or land with a modern built house. 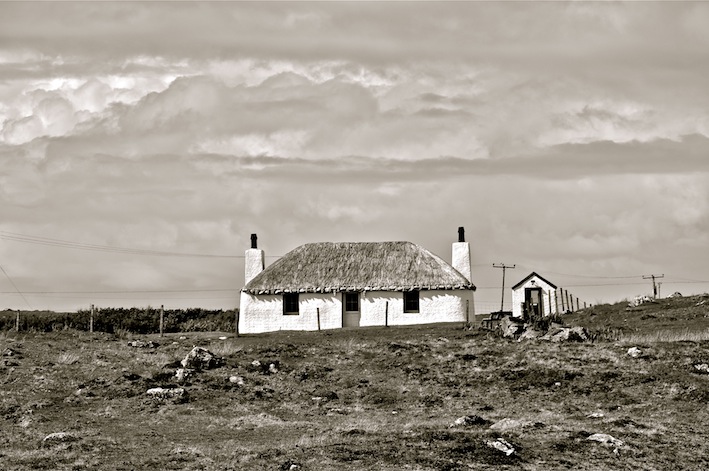 2 Replies to “Whitehouse on The Isle of South Uist, Outer Hebrides, Scotland”