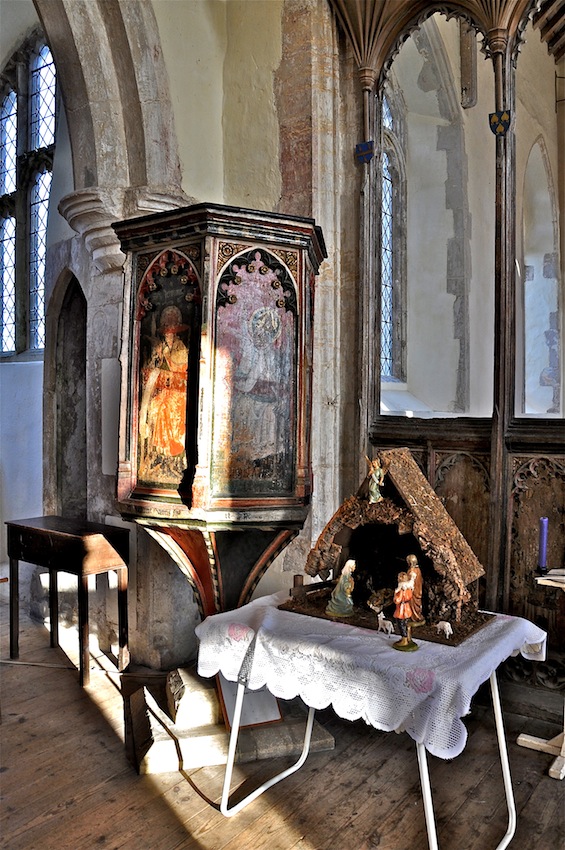 In between Christmas and New Year we managed to visit a couple of round tower churches, one open and one closed, but then I expected that, so I was really pleased that St Margaret’s at Burnham Norton in Norfolk was open.  My last post was about the medieval rood screen, but this post is about the medieval wineglass pulpit, and if you bear with me, the next post will be about the church itself.

This pulpit has been claimed as the best example of its kind in the country.  It was quite difficult to take photos, as the pulpit is covered in a high shine wax, the sun was shining, and there a Christmas nativity model to contend with.  So hopefully you can see the amazing paintings, there are six panels, but I couldn’t take photos of the back of the pulpit, as the big pillar was a big obstacle.  I was also trying to see how the clergy entered, and there must be a hinged door on one of the panels, as I couldn’t see gap to enter the pulpit.

The panels show the four doctors of the church, Ambrose, Augustine, Gregory and Jerome and also the doners, John and Katherine Goldale, who had the pulpit made in 1450.

All the doctors are seated at iron-framed desks and the doners John and his wife are kneeling.

The above panels are St Ambrose on the left, reading from a long scroll hanging over the back of the desk.  On the right is St Jerome mending his pen, who you think is wearing a Cardinal’s hat, but they were not worn until three hundred years later. 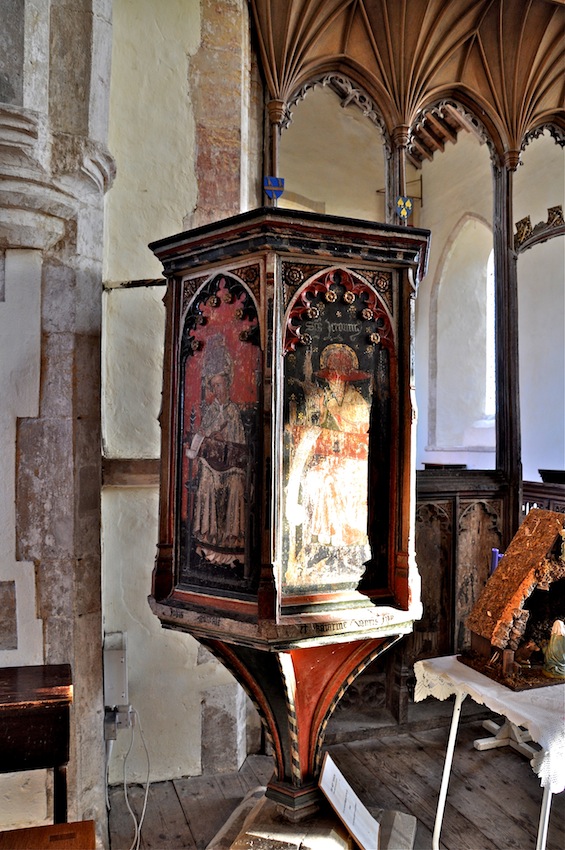 On the left panel I think is Gregory, who is reading and the one I could not get of photo of is St Augustine in a blue cope, which is a long mantle, and he his looking at his pen. 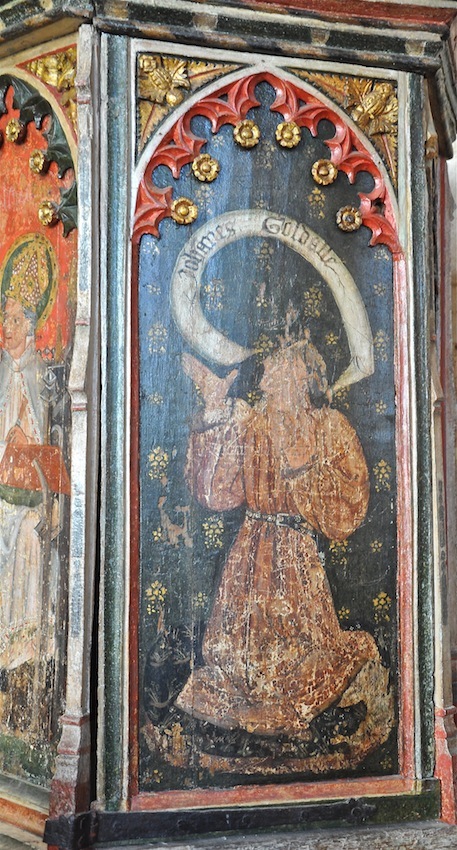 The pulpit was restored the Victorian era, when the panels were over painted and varnished.  In the early 1970’s Pauline Plummer, removed the varnish and the Victorian paint work, revealing the portraits in their original colouring, and overlaid in a coat of wax. which plays havoc with taking photos.

A little foot note on John Goldale ……. John Goldale was not perhaps the most virtuous of men, as his gift to the church might suggest, for in 1446 he with John and Robert Gunne were proceeded against for entering the salt marshes by night and stealing oysters.