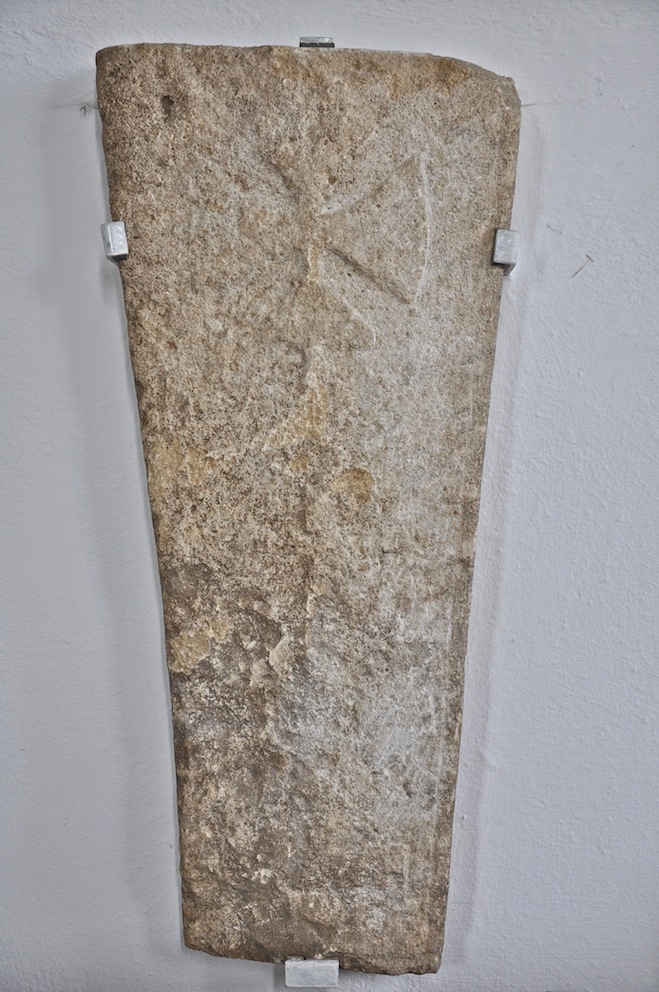 I am still sorting through photos and it will most likely take a little more time, more than I thought.  But its amazing what you find when tidying, I had totally forgotten about this 13/14th century ‘Body Stone’ in St Kyneburgha Church in Castor, Cambridgeshire.  It was moved into the church in 2008, which was made possible by a generous grant from ‘The Barbara Whatmore Charitable Trust’.  What is so unusual about the stone is, that the style is similar to the Cross used by the Order of St John of Jerusalem at that period.  It is a shame there is no record of this person, but if he was from the order, he would have been well travelled and what tales he would have been able to pass on……so its just left to our imagination.

Just a very short explanation to try to explain the difference between the Knights Hospitaller & Knights Templar, the difference is very simply, the Templars ceased to exist, and the Hospitallers certainly exist right now, working for the sick. Originally the latter were of a military order, the Knights Hospitallers of St. John of Jerusalem. The name comes from the dedication to St. John the Baptist of their headquarters in Jerusalem…… as I said, a very short explanation…….