On our third trip to the beautiful Island of Iona, off the west coast of Scotland, in May 2016, we decided to walk across the island.  We have visited the religious sites, which I have copiously posted about, so this time we wanted to check out the island.  We had read about the ‘Bay at the back of the Ocean’ and the small green stones that you can find on the beach, which are call mermaid tears.

This was the start of the walk, once off the ferry, we turned left, and followed the road. 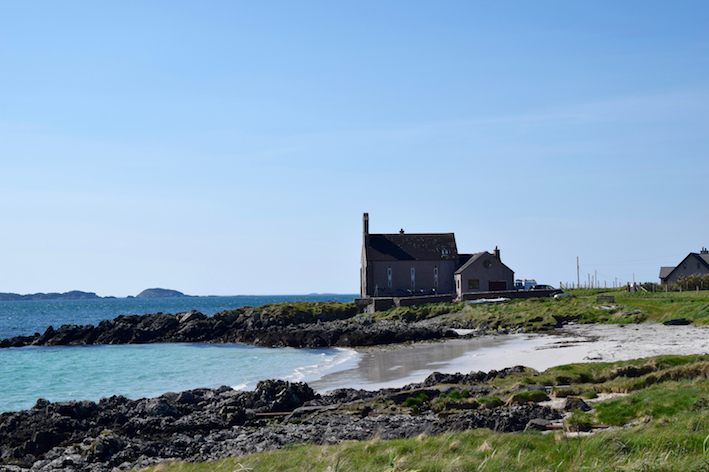 We passed a few people and even had a few conversations on the way, but mostly we were on our own. To me, this part of the island was just as spiritual as the location of the Abbey. 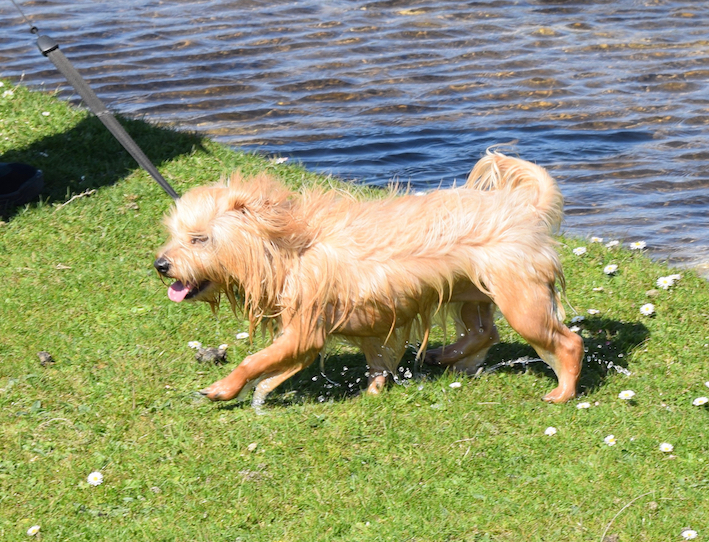 Nancy just had to have swim in the water, which was crystal clear and cooled her off.

We then arrive at the ‘Bay at the Back of the Ocean’ which spread out before us, where the machair ends and a bank of shingle fringes the beach. 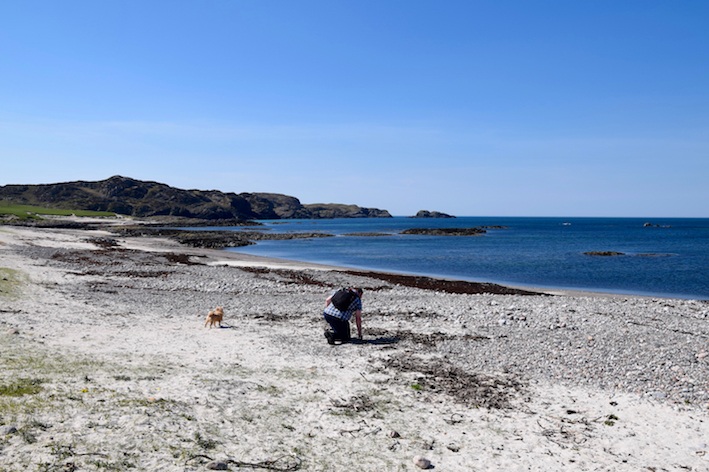 My husband looking for the mermaid tears, which he did find and now live in a glass jar in the bathroom 🙂  They have traces of marble in them, from the old marble quarry at the other end of the island,  although I think they should be all marble, but we only found green like pebbles.  In one of the shops, they had a basket of the same pebbles as ours and they were called Mermaid Tears, so thats good enough for us.

17 Replies to “Bay at the Back of the Ocean, Isle of Iona, Scotland”