On a very overcast day, while on holiday in Scotland May 2016, we visited Glenorchy Church which stands close to the south bank of the River Orchy opposite the scattered village of Dalmally.  It is of an unusual design, octagonal in shape and with a tower at the eastern end.  The building stands out with its pale walls and you spy it through the trees, from the main road.  In fact I didn’t see it first, as I was too busy looking at the snow on top of the mountains, husband did and we were driving up to it, before I had even noticed.

I had a feeling the door would be locked and of course it was, with no details of a key holder, well not that I saw.  The graveyard in places seemed very ancient and is surrounded by a wall.  I found the ruins of a small stone building and then I found two very old looking grave slabs. 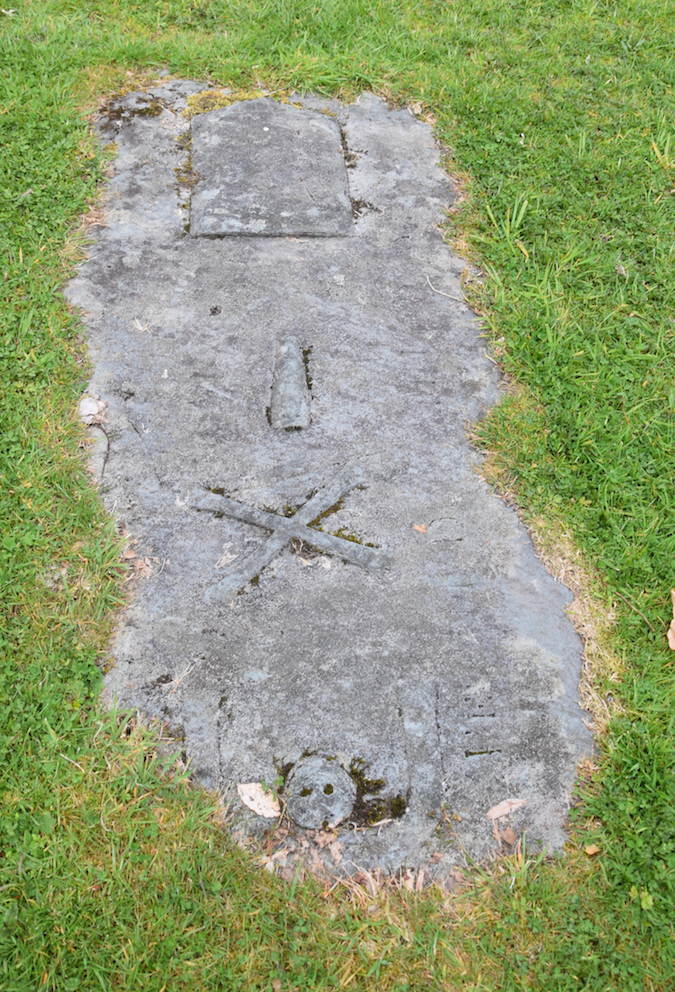 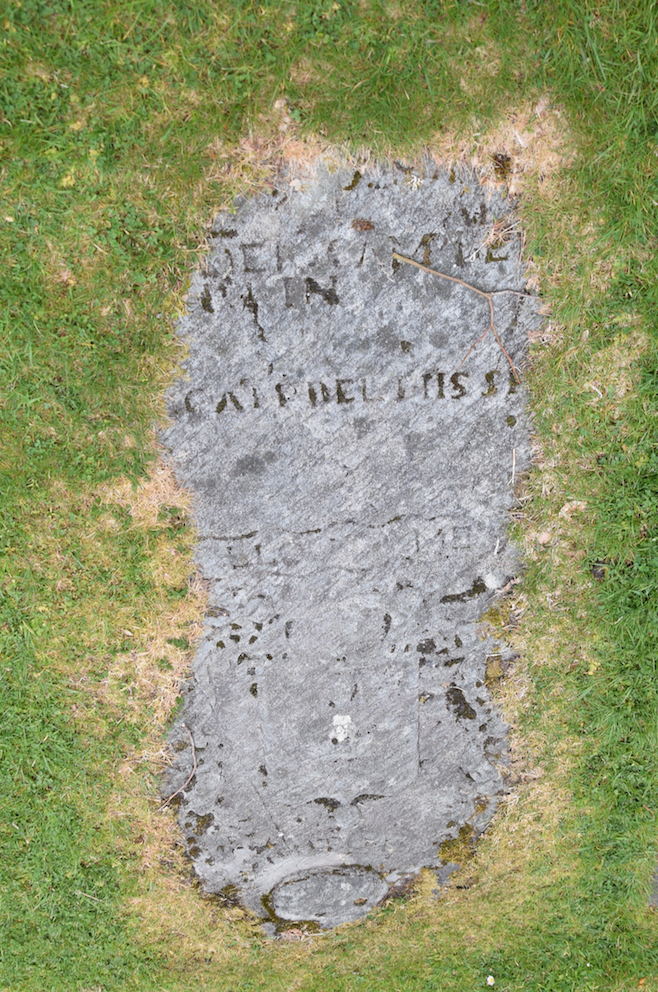 Having researched the church, I have since found out that the original church was medieval, which was replace in 1615, then replaced in 1810-11 by this, the current church.  Apparently there are several medieval slabs, well I am not sure where they are, as these were the only two I found.  But next time we are nearby I will have another look…… now I know and also the church might be open 🙂 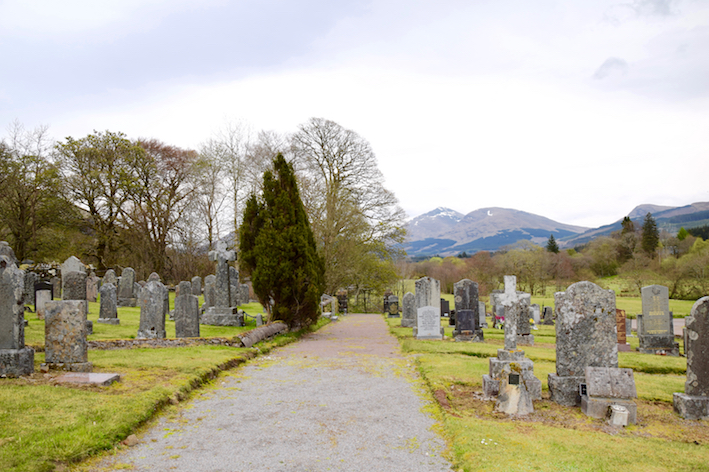 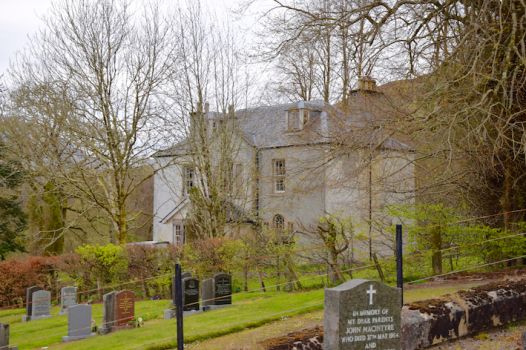 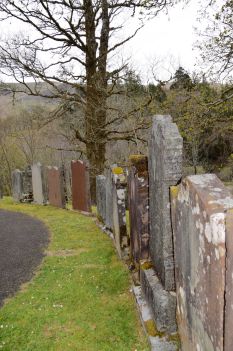 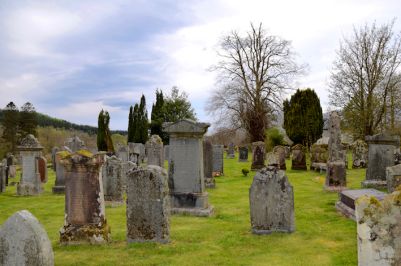 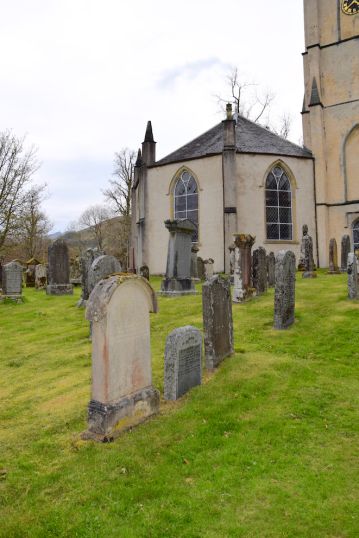