We spent a day exploring the city of Munich in Germany on Saturday, as on the Friday and Sunday we had been invited to the Oktoberfest for beer drinking, and we even found a Beer Garden on Saturday night, just to keep us in the mood.  To tell you the truth, I had non-alcoholic beer and shandies, and my husband….he really didn’t drink that much, compared to other years…… he says he is getting old and can’t drink like he used to, and it’s really the meeting of old friends that he now enjoys.  So on Saturday,  we had a lovely day, apart from or the other thousands of people sightseeing,  and visited five of the seven churches that were on my wish list.

As we walked into the old town the first building we came to was the ‘The Citizen’s Hall’, The Marian Men’s Congregation Church.  The very first Marian Congregation was founded in Rome in 1563 and then spread through Europe.  In 1709 the hall was constructed by Munich’s master mason, Johann Georg Ettenhofer 1668 – 1741.  When you enter the building, you first visit the lower church at ground level, this was only converted in the 19th century.  The side niches of the lower church, house a series of wooden sculptures made from Linden wood, created in 1892 – 1898 by Hans Sprenger based on models by Joseph Eisner.  All I really know is that they are very beautiful and I was quite lucky as there were only two other people admiring them. 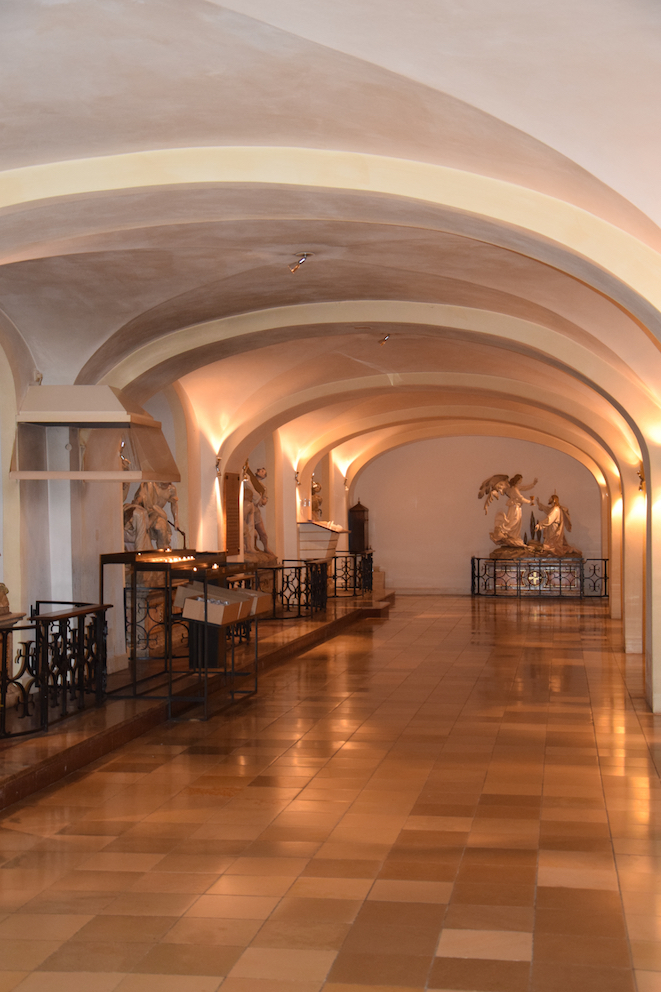 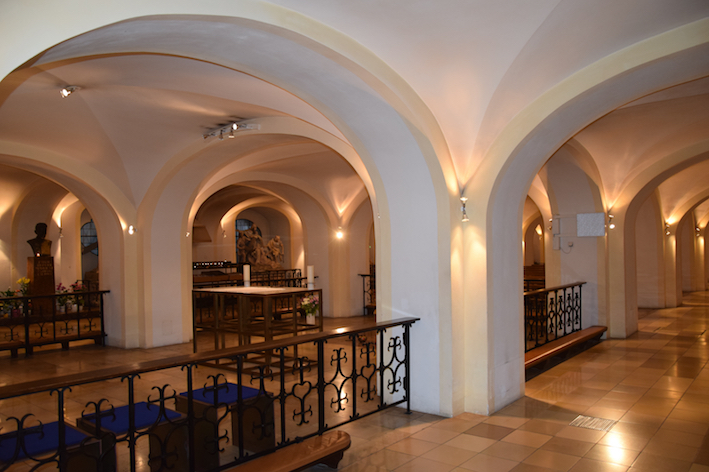 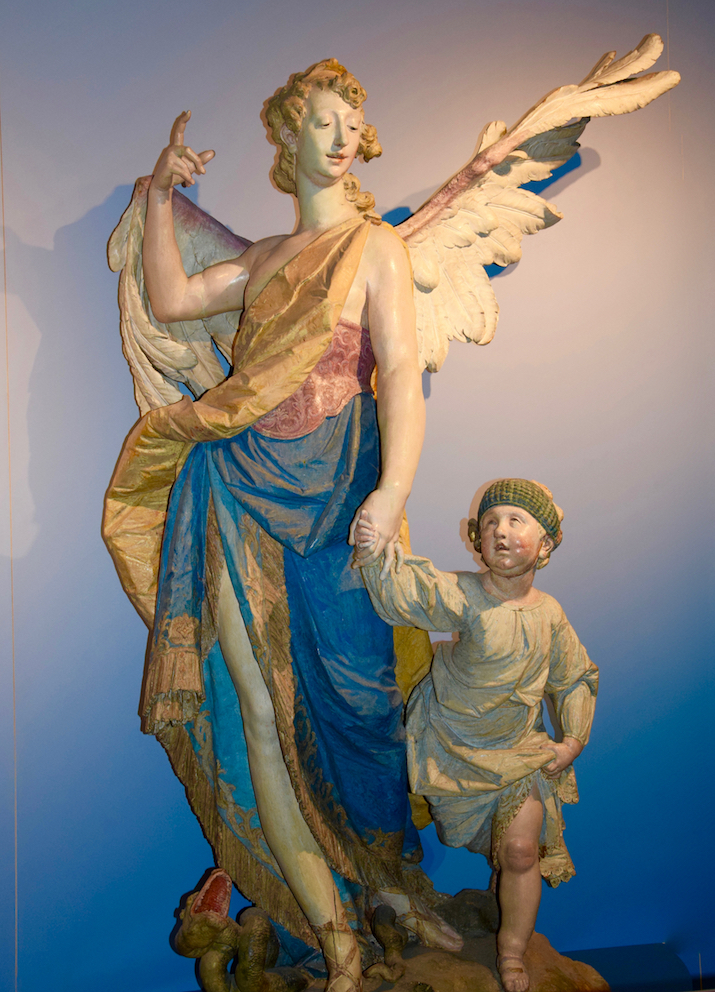 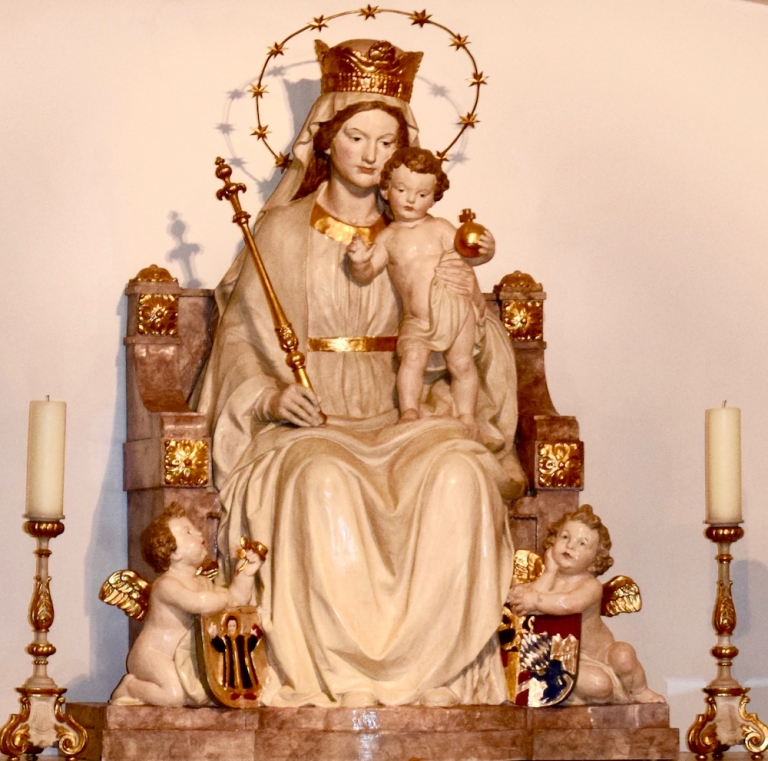 You then make your way up one of the two spacious staircases on either side of the main portal leading to the Upper Church.  On the wall of the first landing, you see an early carved Baroque statue of the Virgin Mary.  Then you are in a bright Baroque rectangular hall with its wonderful ceiling, hopefully the photos will give you a hint of how beautiful the room is.  The photos could’ve been better, but it really was…..trying to find a gap in the crowds, which I found difficult with every place we visited, but we still enjoyed the buildings. 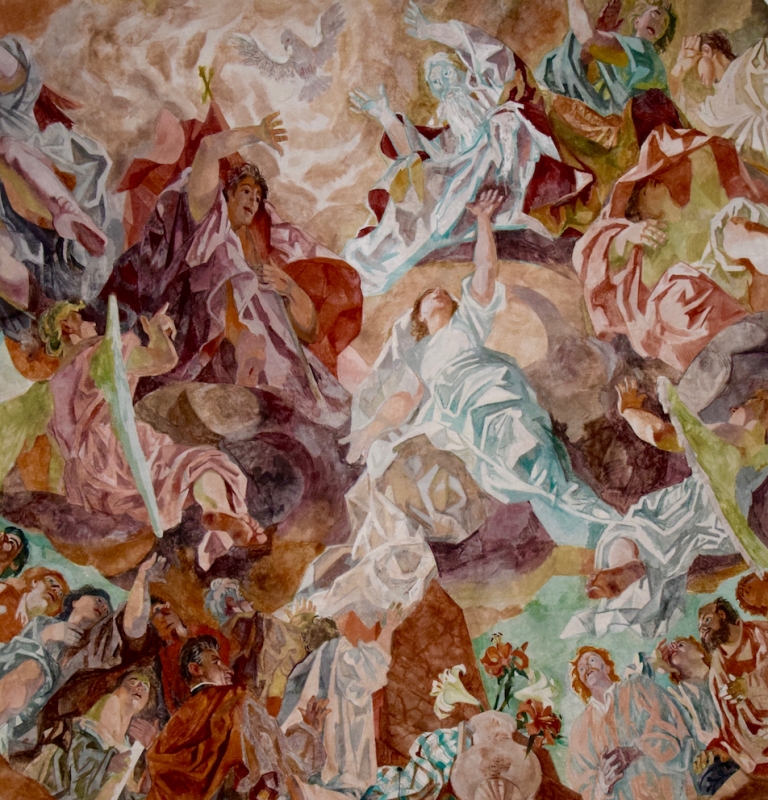 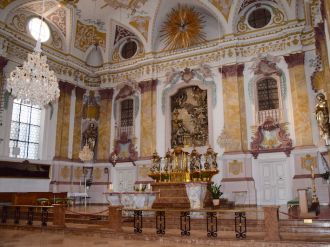