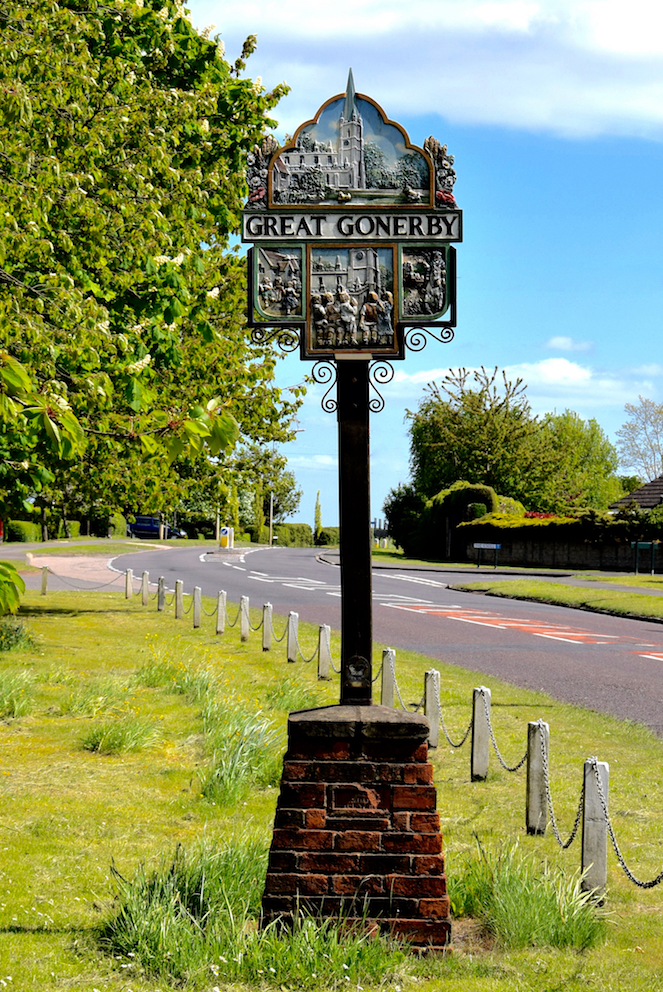 As well as having an amazing church, Great Gonerby in Lincolnshire, has a village sign with a church depicted on it.  It’s quite a colourful sign and was installed in 2002.  The sign is the same both sides, with the church, a highwayman and a school, plus a great many children.

The reason for the children………Gonerby “born and bred” are often referred to locally as “Clockpelters”  Stories tell of villagers pelting the clock in the church tower, installed in 1897, with stones or snowballs.  Mud and stones would be gathered from a nearby pond, now dried up, to pelt the clock.

The reason for the highwayman……..The Great North Road ran through the village, situated between the steep Gonerby hill to the south and Newark hill to the North. The hills were mentioned in Sir Walter Scott’s “Heart of Midlothian”. The resulting slow stage coach traffic (passage was impossible in bad weather) proved irresistible to highwaymen. Their deeds were so numerous that Great Gonerby had its own court and gallows, and in a Newark inn was displayed a notice warning would-be travellers to remain until the next day if they could not “traverse the Gonerby hills by nightfall.” 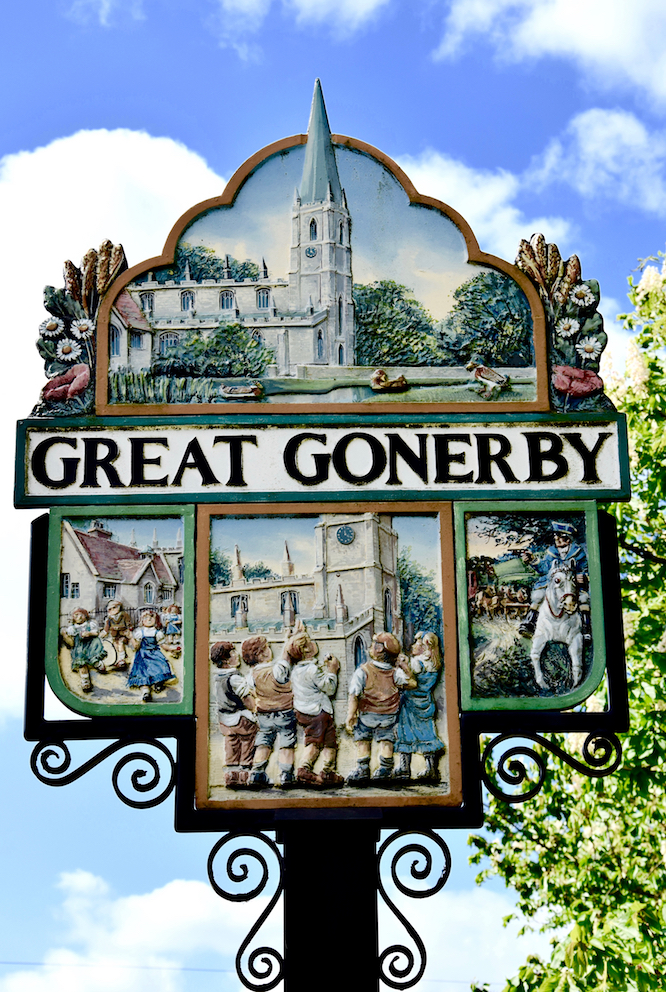 The reason for the school…..The only reason I found, in 1808, Robert Pelham left a sum of £333, 6 shillings and 8 pence. The annual interest was given to the school, I would think that was quite an income at that time.  The church has not changed, but there is no pond now, and I think the road runs along the side of the church wall and possibly the pond was where there is now a small green, where the village sign now stands.