The name Horncastle derives from Hurncastre or Hyrnecastre which means ‘fortress or camp in the corner’ and which refers to its position of the town between the rivers Bain and Waring.  I was hoping it meant there was a castle to explore when we visit last year 2016.  I did find out later there are some remaining roman walls…..well nearly a castle.  It does have a very nice church, which could have had a nice interior, but like a lot of other Lincolnshire churches, it was well and truly locked.  I am not sure why, as it was a Sunday afternoon and is situated in the centre of a lovely little town and it was in the summer, I really did think it would be open…… I did feel very disappointed.  Also no church on the village sign, but the weather made up for everything, as it was one of those beautiful sunny Sunday afternoons, where you stroll around and just enjoy the sunshine. 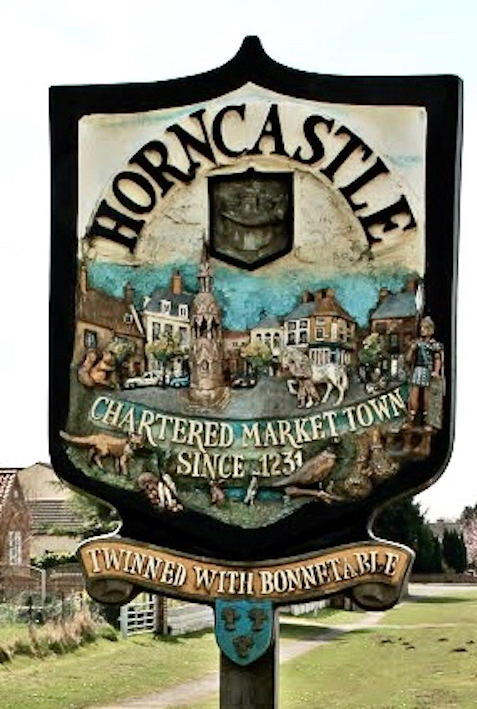 The town was built on a Roman Fort, hence the Roman Soldier on the village sign.  There is also the town square, which was granted a market charter in the 13th century and still has a market twice week.  Also a great annual horse fair, was held every August, which again started in the 13th century, and continued until the last one in 1948.

The memorial featured on the village sign is Stanhope Memorial.

A little history about it …….Edward Stanhope MP was born in London in 1840 but became a respected benefactor to Horncastle and its people. So much so that, when he died in 1893, a memorial was erected in the Market Place, leaving residents with a permanent reminder of his generosity.  Today, the Stanhope Memorial, by E. H. Lingen Barker, still dominates the town market place, distinct with its three octagonal steps and moulded plinth. The memorial itself is fashioned from limestone ashlar, red sandstone, pink and grey streaked marble. 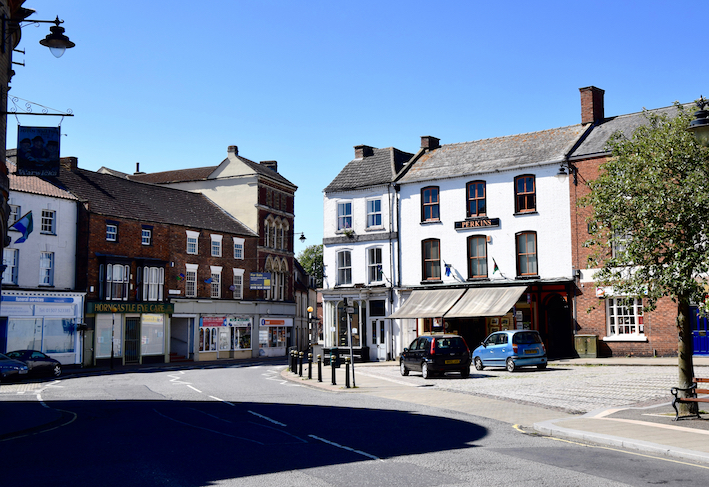 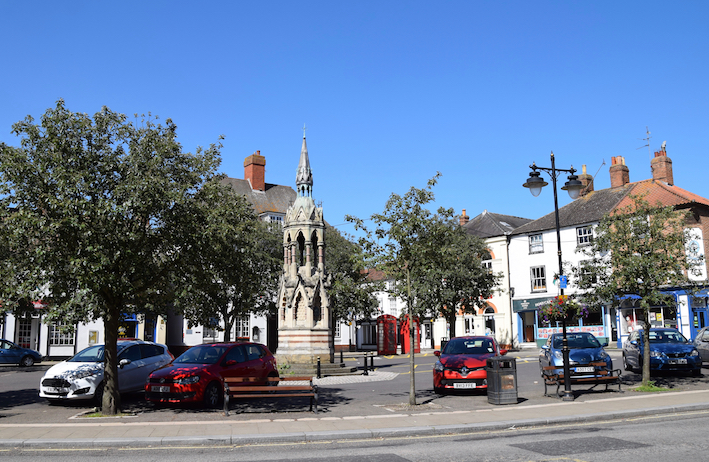 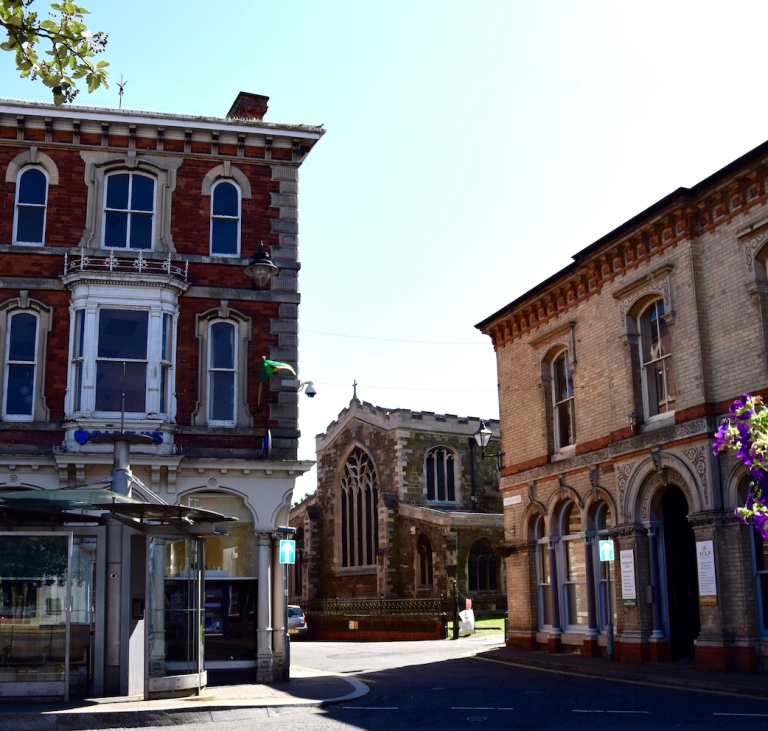 I did take a few photos of the church, but its quite a difficult church to capture, hemmed on one side and quite a few trees in the churchyard on the other. The original structure dates back to circa 1250 and all the evidence points to there being an earlier Saxon Minster on the site, and quite possibly, a Roman church before that. The Church also has strong connections with the Lincolnshire rebellion of 1532 against the policies of King Henry VIII.  From what I have read, the interior sounds interesting, but it also sounds like the Victorians, in saving the building from collapsing, might have over restored the medieval remains in 1859-61, by Ewan Christian.  Still I will have to wait and see on the next visit.  The town is also well known for its antique shops, but of course it was Sunday when we visited, so another good reason to revisit. 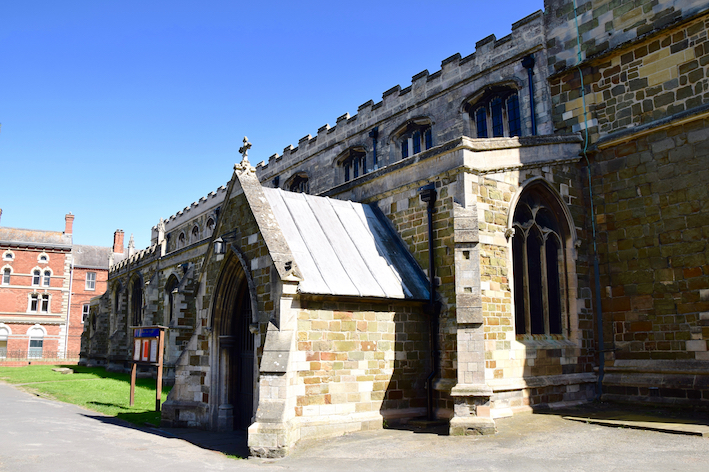 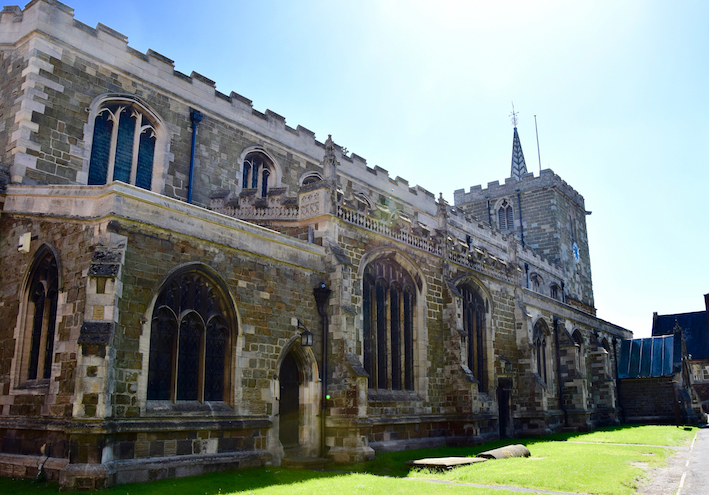 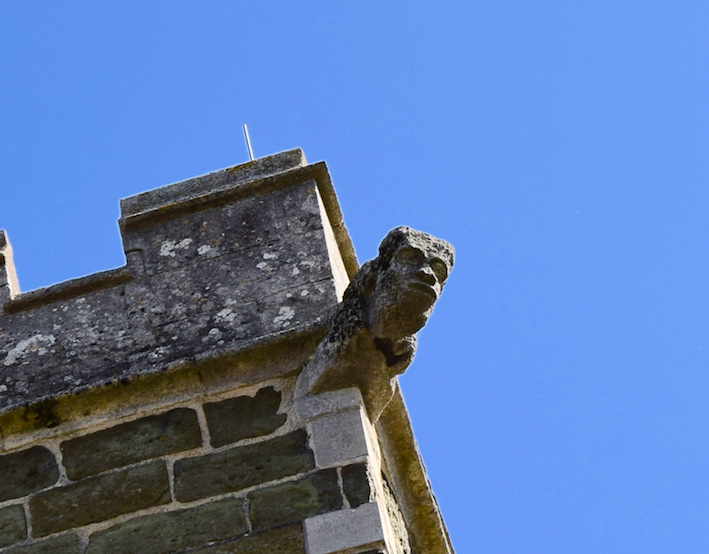