In 2015 we made a visit to Pickering Castle, situated in Pickering, a small ancient market town in North Yorkshire.  Pickering is famous for being the home of the North Yorkshire Moors Railway, which we had travelled on in the past, but ran out of time to visit the castle.  You catch intriguing glimpses of the castle from the train station, but it took two years to make a return visit and this time we ran of time to see the church……. Anyway back to the castle and a wonderful visit. 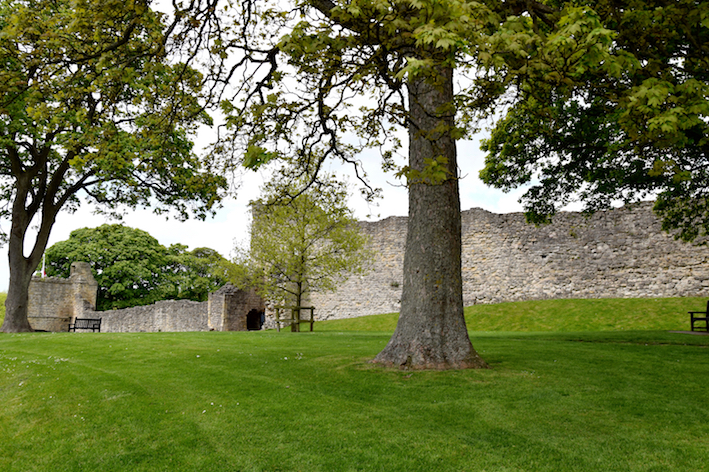 A little history………A splendid castle with a rich history, Pickering Castle served as a Northern base for a succession of medieval kings. Originally built after the Norman Conquest, the motte and bailey fortification were extensively developed throughout the 12th, 13th and 14th centuries.
Largely unaffected by the Wars of the Roses and the Civil War, it remains in excellent condition,
offering stunning views across the Ryedale countryside.

There are two unusual features to Pickering Castle. The first is simply that it has been so little altered since the original wooden castle was rebuilt in stone. The second unusual feature is the layout of the site. Most early Norman castles followed a similar motte and bailey plan, with a timber pallisade atop a high mound, or motte. The base of the motte was surrounded by a large earthwork enclosure, usually with a further timber pallisade on top of the earthen banks. This enclosed area was called the bailey. At Pickering the layout is different; there is not one bailey but two, and the motte with its stone keep stands between the two. The motte is striking, standing 20 metres high, with a base 60 metres in diameter. 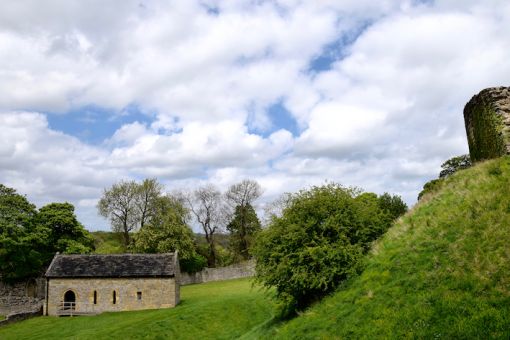 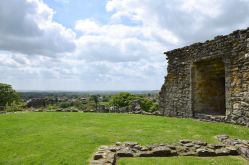 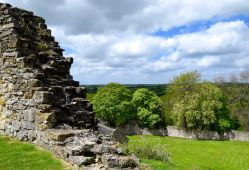 Throughout the late medieval period no construction was carried out – and not much in the way of maintenance. In fact, just the opposite occurred, one castle constable, Sir Richard Cholmley, robbed stone from Pickering to build himself a fine new house at Roxby. The castle served no defensive purpose and was used as a prison and local courthouse. Since it was in no fit state as a defensive structure it played no part in the Civil War. The castle was sold into private hands under Cromwell’s Commonwealth government, but returned to the crown when Charles II was restored to the throne. It remained in crown hands until 1926 when it passed into government care. It is now looked after by English Heritage. 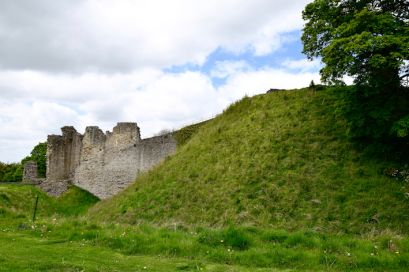 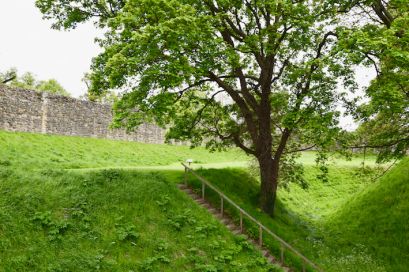 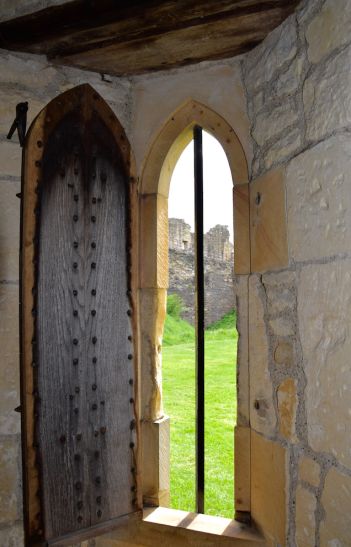 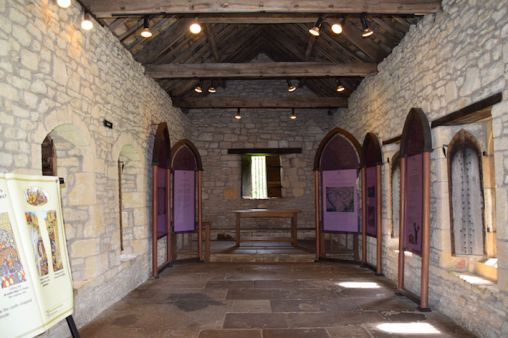 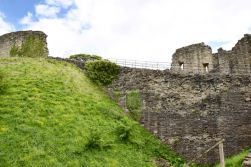 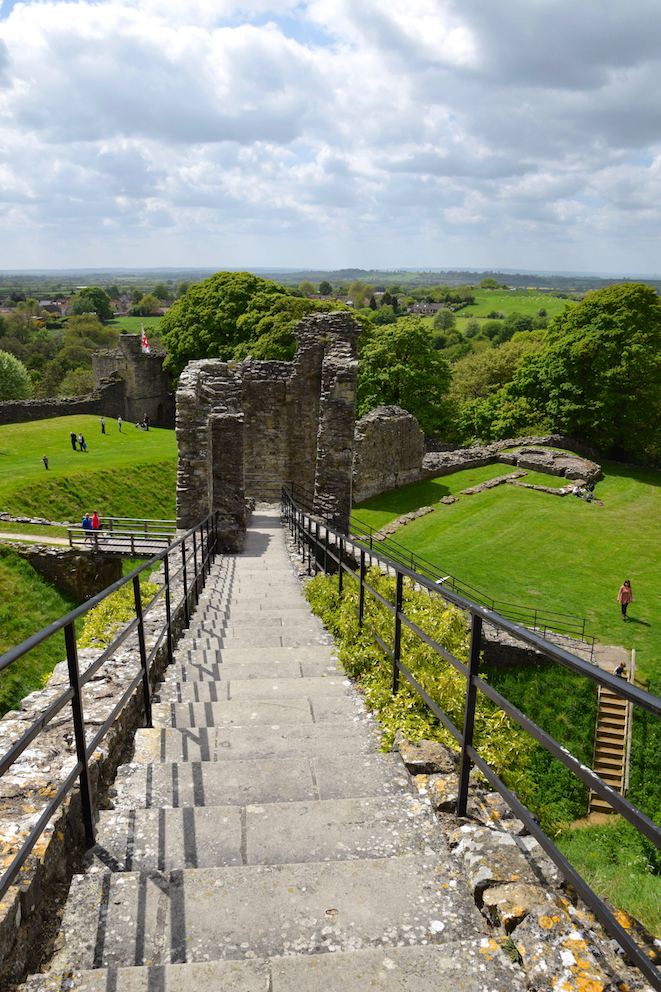 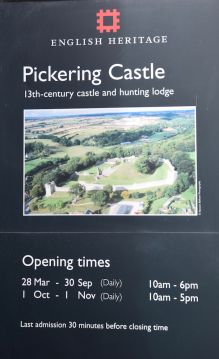