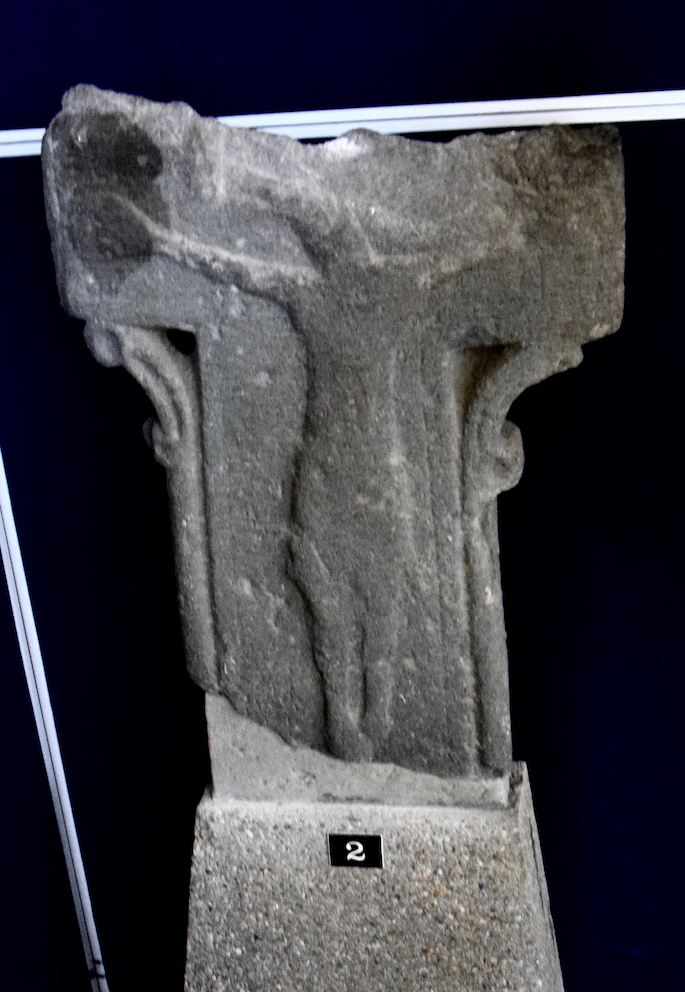 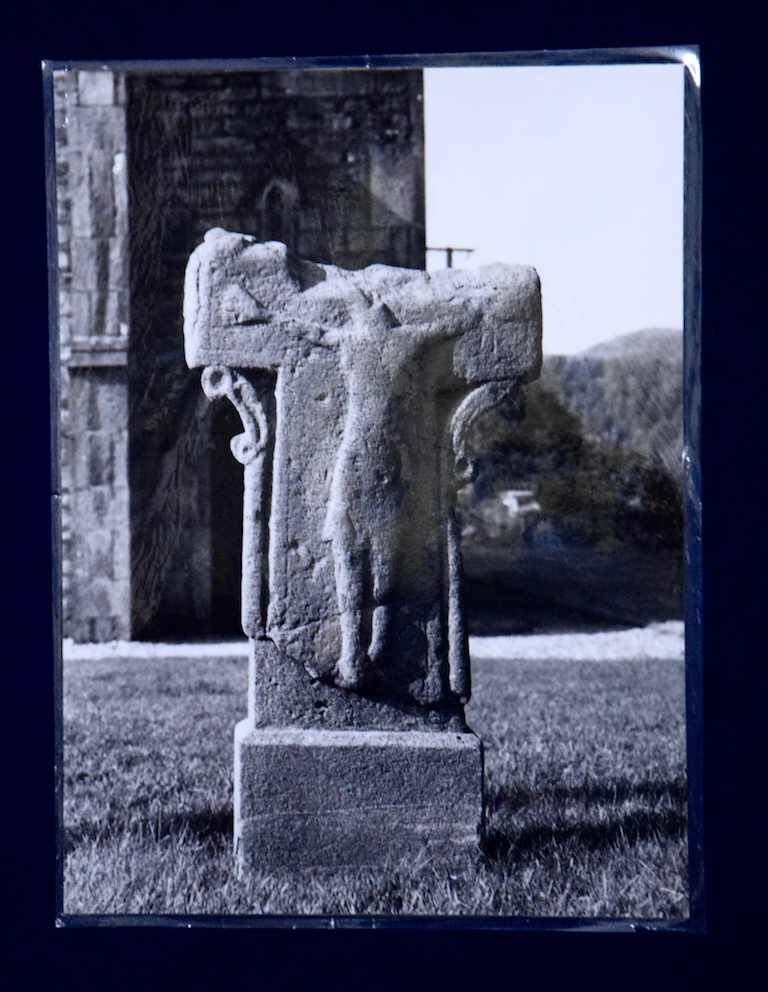 The photo shows the cross in the churchyard where it had stood since 1400.  This fragment of cross is unusual in the curious volute forms which have been carved as angle brackets to support the side arms.  The representation of the crucified figure is perhaps rather stiff an crude, and does look very similar to the Kilmichael Cross.  Dating from the 1300’s or 1400’s it could be attributed to a group of stone carvers working in the area around Loch Awe.  All three cross stood in the graveyard, but have since been brought into the church to protect them from the elements.  A post on the Large Cross will follow shortly.