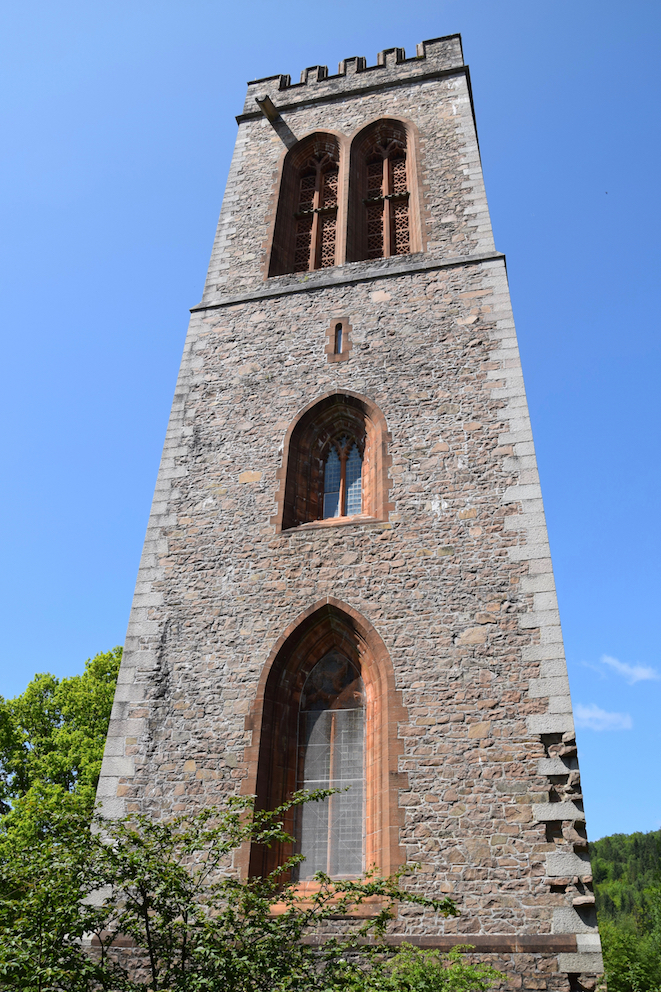 On holiday in Scotland 2016, we visited Inveraray, Scotland, and that one thing you can see from quite a distance, is the Dukes Tower, which was added to, All Saints Church, built in 1886.  The freestanding tower was added between 1923 and 1931. This was built as a war memorial and accommodates a ring of 10 bells, reputedly the second heaviest peal in the world.

The church was for some reason closed, although the sign side it was open, but thats nothing unusual, or its just that I have go use to them being closed.  So next time we are passing I will try again.  It is not as old as some of the churches I visit, but it is in one of the most beautiful locations for a church, so worth a visit next time.

A little history ……..Gothic-style church built 1885 in local red granite, designed by Wardrop and Anderson of Edinburgh. Many of the interior furnishings given by Niell Dairmid, 10th Duke of Argyll. Belltower, in Gothic revivial by Hoare & Wheeler, built 1923-31 as a Memorial to Campbell dead of First World War and previous wars. Peal of ten bells by John Taylor of Loughborough, 1926.

4 Replies to “All Saints Church & The Dukes Tower, Inveraray, Scotland”