The Higher Lighthouse is the second of three lighthouse on the Isle of Portland, Dorset, that we found on our visit a few weeks ago, in August 2017.  Dating back to 1716, the Old Higher Lighthouse was the first true lighthouse on Portland Bill, although there was a beacon on the site back as far as 1620.  Originally it was lit by sixteen oil burners named after their inventor, Argond, a Frenchman.  It was the first lighthouse to use Argond lamps and was also the first in the world to have a true reflector.

At one time, along with all other lighthouses, it was compulsorily purchased by Trinity House who were concerned that it was not always lit, making navigation around Portland doubly treacherous.
Rebuilt in 1869 it was visited by King George III who, when on one of his frequent trips to Weymouth, requested to see “this new lighthouse at Portland Bill”.  The Old Higher Lighthouse remained in use until 1906 when the current red and white lighthouse superseded it. 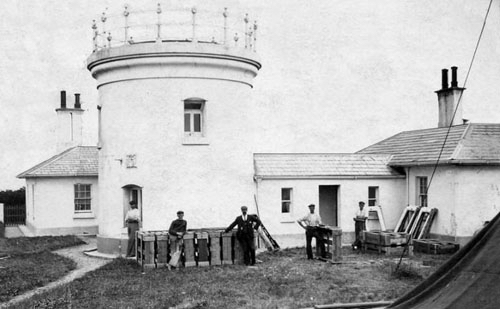 Doctor Marie Stopes (pioneer of birth control) owned the lighthouse from 1923 until 1958 and some of her many visitors included George Bernard Shaw, HG Wells and Thomas Hardy who came to tea with his wife.  During World War II Dr Stopes rented it out to naval officers who were visited by friends and family, including Margot Fonteyn (when a mere ballerina) and her mother.

The lighthouse was restored in the mid 1960’s and the cottages are now holiday homes, with access to the tower for the views from the reinstated lantern room. 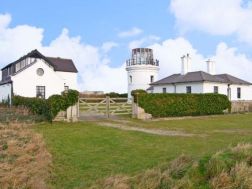 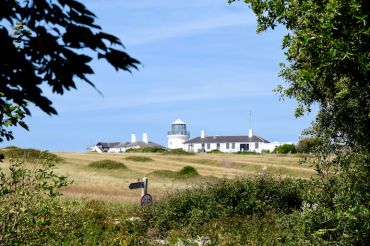 10 Replies to “The Old Higher Lighthouse, Isle of Portland, Dorset”