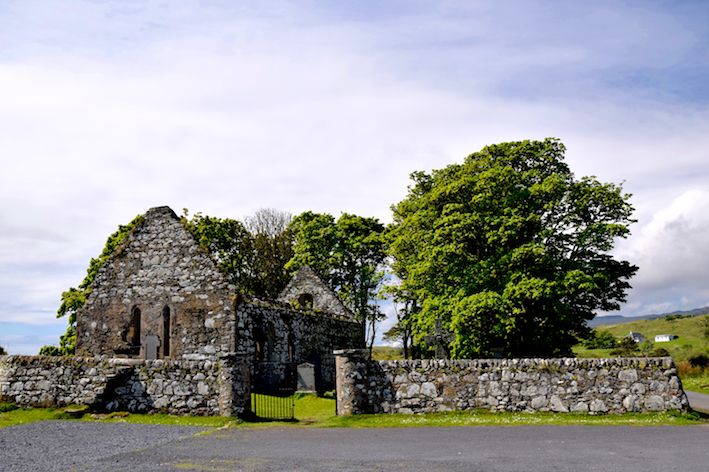 For some good reason, which is now lost in the mist of time, I had forgotten to post about Kildalton Burial Ground on the Isle of Islay, off the west coast of Scotland.   I posted about the famous Kildalton Celtic Cross and the Thieves Cross on site, but not the burial ground, although all the photos were ready.  We visited in May 2016, the weather was perfect and I found some wonderful tomb slabs.

Kildalton Chapel is one of the most iconic archaeological and historic sites on Islay. It is a fascinating and beautiful place to visit, located in the lovely SE corner of the island. Today we see the walls of the 13/14th century chapel, within the 19th century boundary walls of a graveyard and with an adjacent 8th century early Christian cross.

Some history……The Kildalton parish is medieval in origin – early documentary records suggesting from c 1425, but the church building is older than this, possibly dating from the late 12th or early 13th century. Following the 1560 Reformation, Kildalton Church continued to be used, for a parish which extended from McArthur’s head in the north, to the Oa in the south, until the drift of population towards Ardbeg caused change and regular public worship was discontinued in Kildalton and transferred to the Lagavulin area at the end of the 18th century. 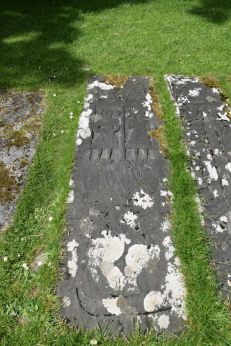 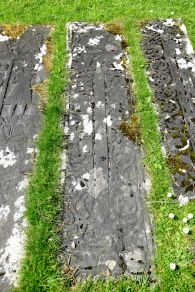 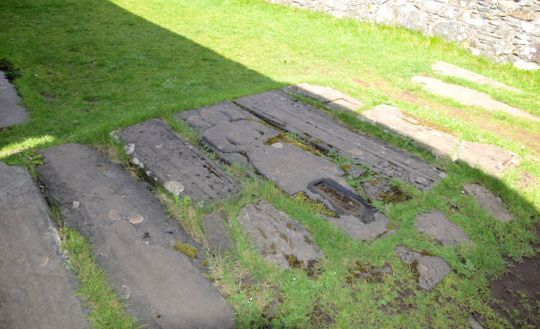 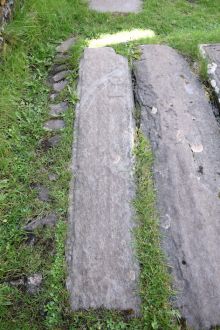 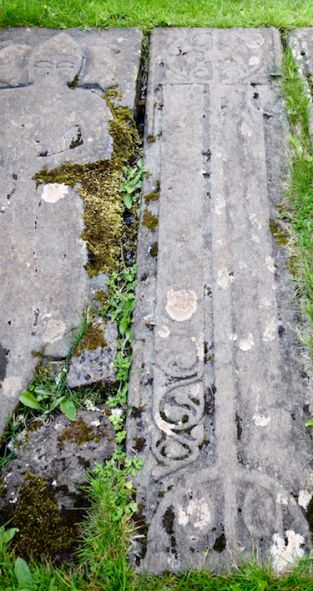 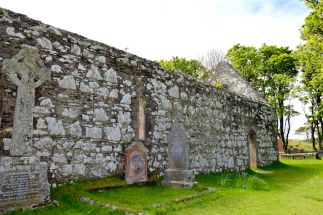 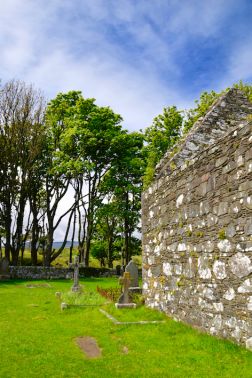 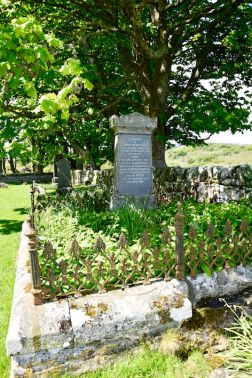 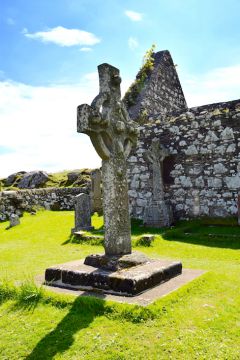