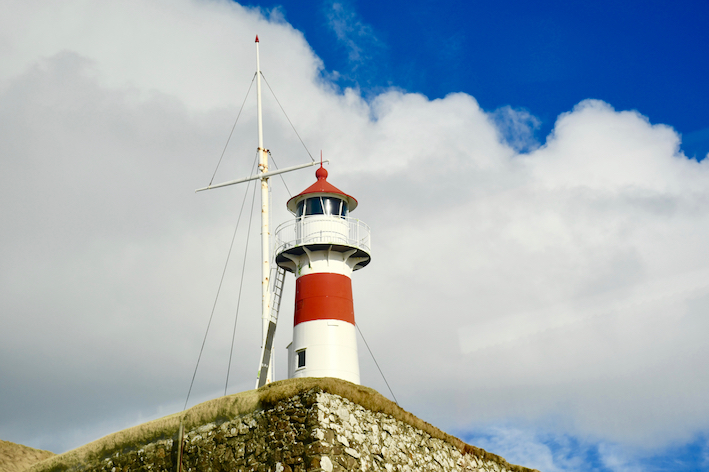 This is the third fort that we came across on our cruise to Iceland, Skansin Fort, which even has its own lighthouse, definitely one for my ‘Lighthouse Category’  I would have loved to have explored, but we only had a short time.  I did get a birds eye view of the fort, from the top of a nearby hill on our way back to the port.

A little history – Skansin is located on a hill beside the port of Tórshavn. The fort was built in 1580 by Magnus Heinason to protect against pirate raids of the town, after he himself was nearly caught up in one such raid. The fort was expanded considerably in 1780 and went through a series of rebuilds for many years afterwards. During the Second World War the fort served Britain as a military base. Two 5.5 inch guns date from the British occupation, standing along with many older Danish cannons.

One of the Faroese lighthouses, the Skansin Lighthouse, built in 1888, towers over the fortress, pointing the way to the capital. The strategic location of the fort offers tourists picturesque views of Tórshavn port, surrounding landscape. 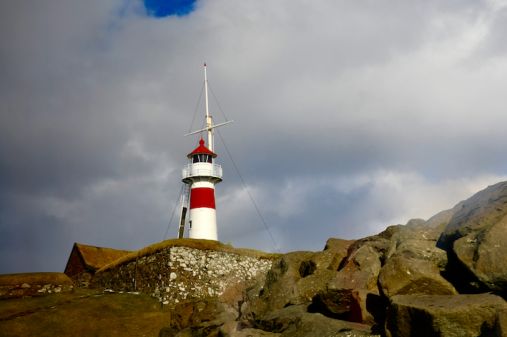 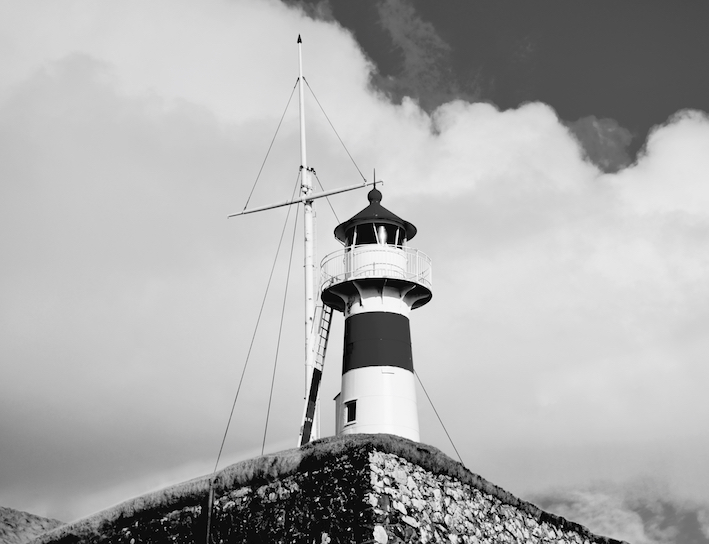