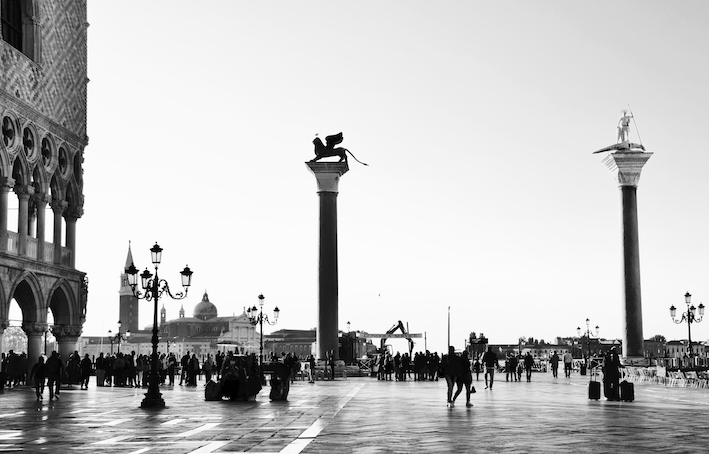 We have been to Yorkshire this weekend, unfortunately the weather was very wet and there wasn’t any internet service, so not that many photos taken, but I did spent sometime sorting through some old photos.  When we were in Venice, October 2016, we visited St Mark’s Square, but I wasn’t happy about the photos that I took.  I very nearly trashed them all, but having some time to play around with them this weekend, I have saved quite a few.  There are always going to be loads of tourists, but since it is so iconic of Venice, I should post them and it is a wonderful place full of beautiful buildings, just ignore the bodies 🙂

As the largest square in the city and the only one given the designation of “piazza” (the others are all referred to as “campi”), St. Mark’s Square has always been the location of important government buildings and other facilities central to the goings on in Venice. 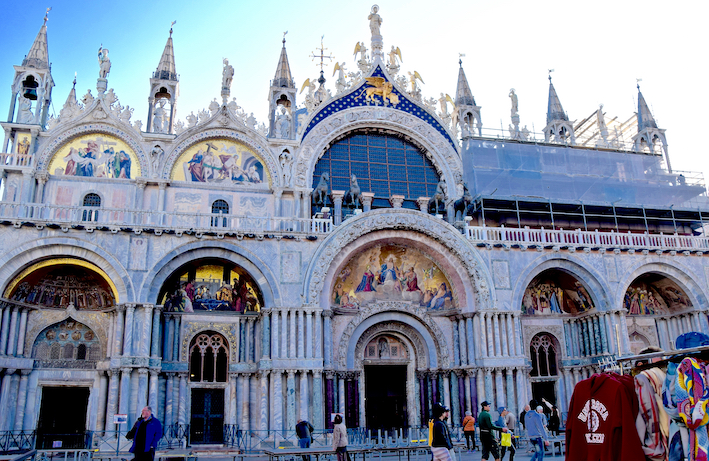 The centerpiece of the piazza is, of course, the magnificent St. Mark’s Basilica.  Commissioned in 1071 by doge Domenico Contarini, this amazing church is built in Venetian-Byzantine style, a mixture of western and eastern styles.

The basilica has a separate campanile – bell tower – that stands 98.6 meters tall (323 ft) and is one of the city’s most recognizable landmarks.  Originally built in the ninth century, the current version was rebuilt in 1912 after the original tower collapsed in 1902.

The other dominant building around St. Mark’s Square is the Doge’s Palace. A beautiful Gothic structure, it faces the Venetian lagoon and was completed in the early fifteenth century, though portions of it were rebuilt after a fire in 1574.

Between the Palace of the Doge and the Library is the Piazzetta (little piazza) San Marco.  It is known for the two columns located there that pay homage to two of Venice’s patrons – St. Mark and St. Teodoro of Amasea. 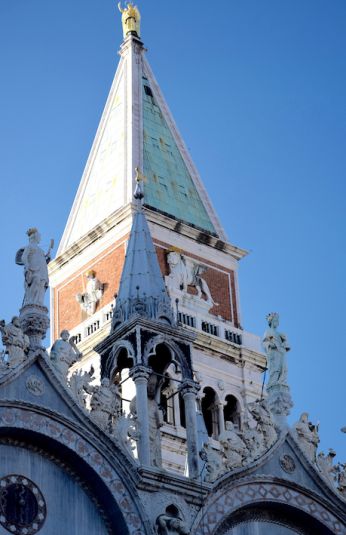 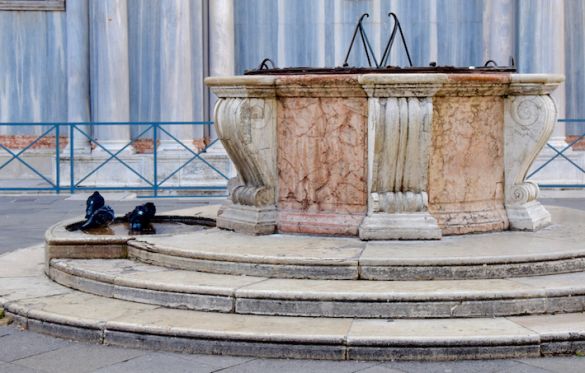 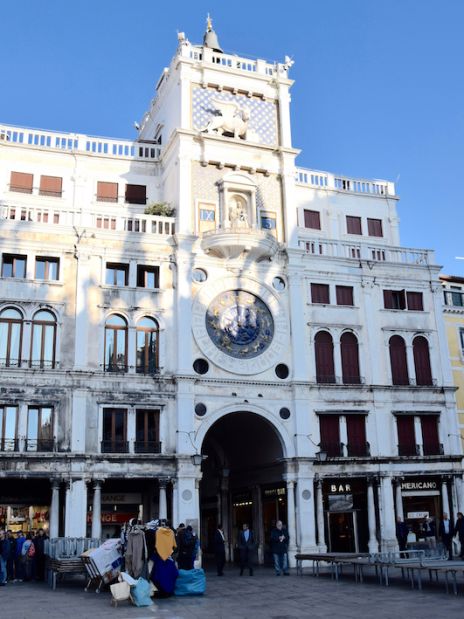 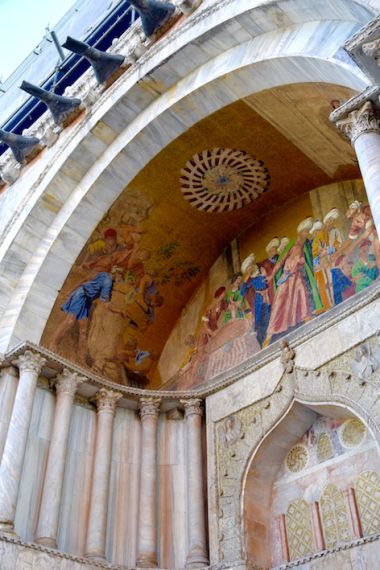 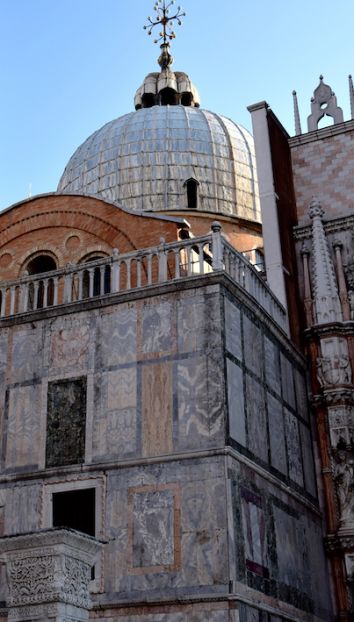 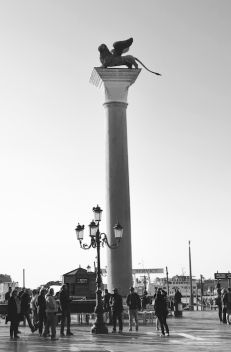 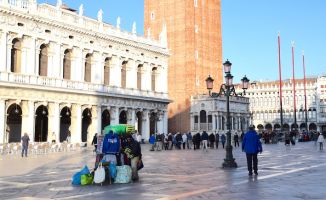