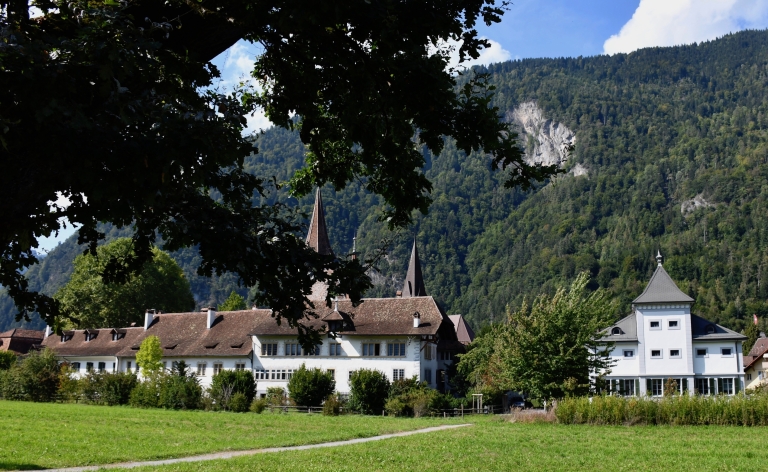 When we arrived in Interlaken and went for our walk, the short cut from our hotel happen to take a route through some castle like buildings and a church, all this we had missed from earlier visits.

There has been a Monastery on this site since 1133, but its after the Reformation, when they closed the church in 1528 that interested me, as it explains the buildings that we see today.  Part of the Monastery building were used as the headquarters of the district administration, while the rest was used as a hospital.  In 1562-63 Bern converted the Monastery church choir into a granary and a wine cellar.  In 1746-50 the west wing was demolished and Governor Samuel Tillier built the so-called new castle.  It has remained the centre of administration for the Interlaken district since that time.

It would seem, that the Castle Church we could visit was built 1901-11, with the spire dating back to the former monastery church, but there was more history to the building.  In 1563 when they used the church as a granary and wine cellar, a wall was erected between the nave and chancel, but in 1909 – 1911 the old nave was pulled down and new one erected in a neo-Gothic style.  In 1950 the wall between the nave and chancel was removed and the whole church was renovated.  I was a little disappointed, as I was hoping to see an older part of the church, there seemed to be a wooden wall back up, maybe renovations are being carried out behind the wall, but I can’t find any details.  Still it was a cooling rest from the sun, before we started our walk back to our hotel. 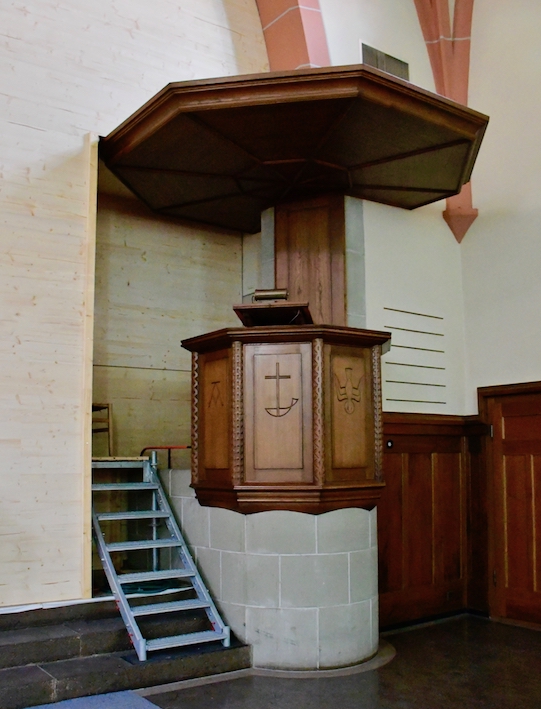 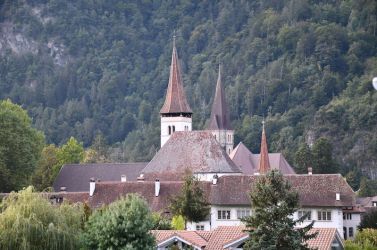 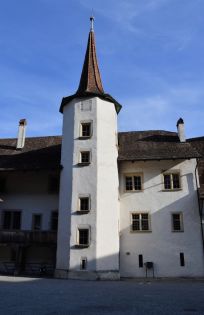 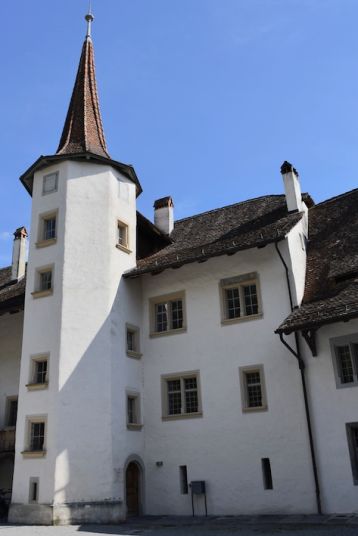 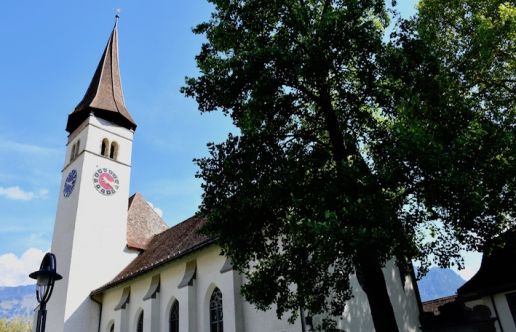 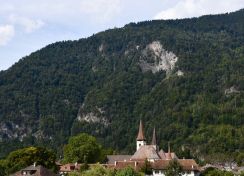