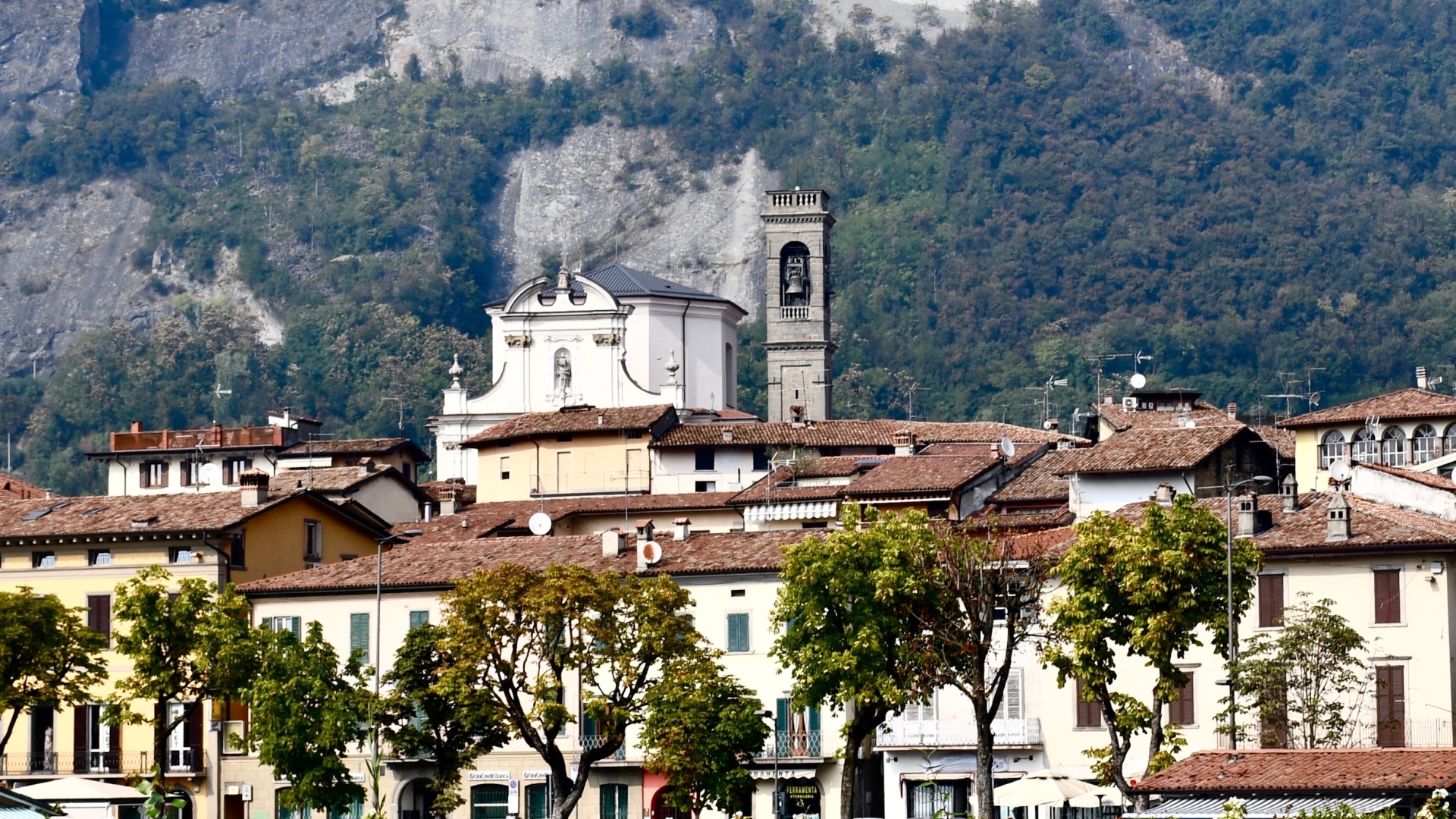 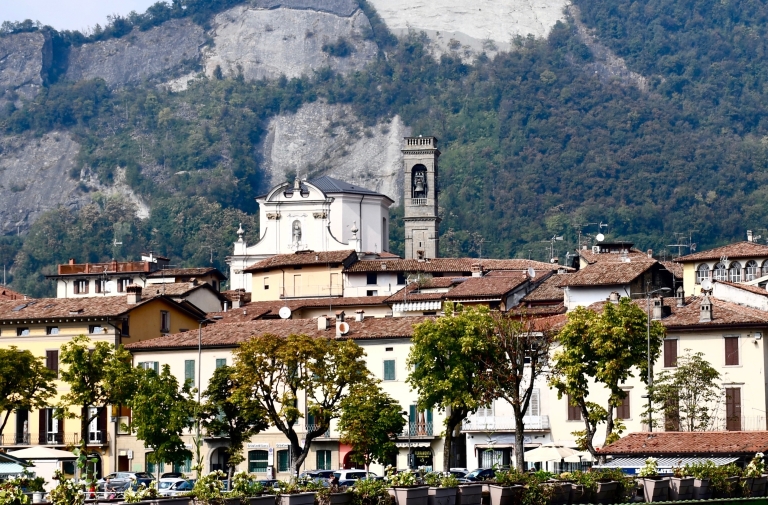 After we had booked into our hotel in Paratico, we decided to go for a stroll along the promenade that ran from the outside of our hotel all the way to the bridge, that separates Paratico from Sarnico, at the southern end of Lake Iseo.  We were here for one reason, and that was to visit Monte Isola, the largest lake island in Europe and walk round it.  I was just hoping that the very expensive medicines that I bought earlier in the day, would make me feel up to walking around an entire island the following day……there was a bus service, so there was always that to fall back on, but I really wanted to walk it. The weather was now hot, really hot up into the 30’s and there was a heat haze, a very fine mist, not good for taking photos, but better than rain.  The first set of photos are of the views from Paratico and the second, views of Sarnico.  We did visit a wonderful church in Sarnico ( in the first photo) but the church you can see on one photo, at the top of hill, which I think is in Paratico.  But I couldn’t climb up to it that afternoon, which was a shame as it was the only chance that I had, but the one in Sarnico is really beautiful and will be the next post. 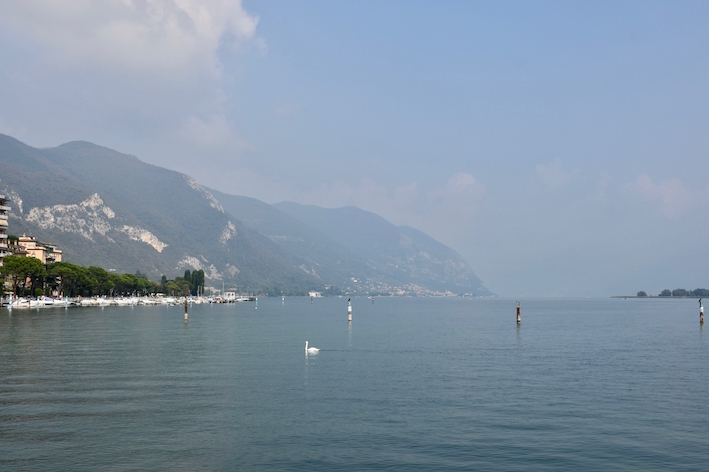 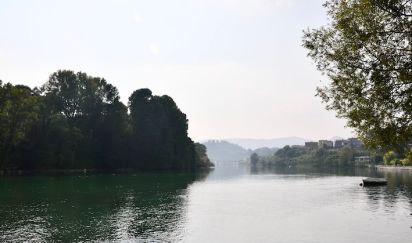 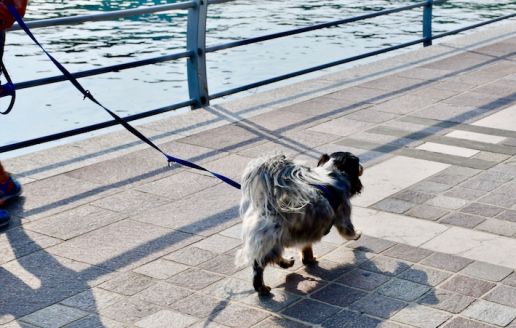 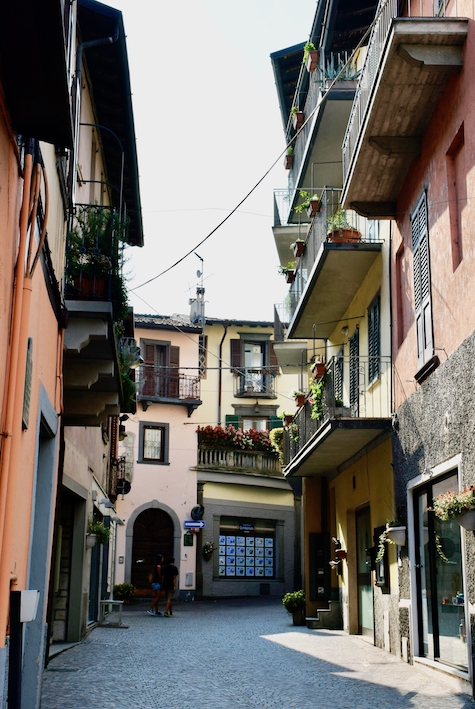 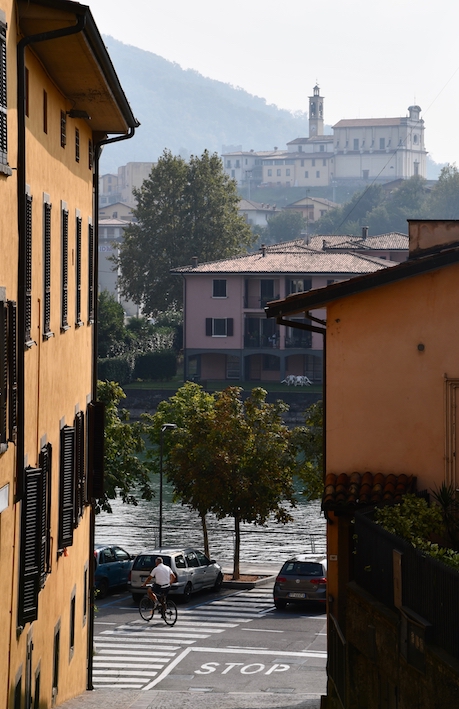 12 Replies to “A Stroll from Paratico to Sarnico, Southern End of Lake Iseo, Italy (Road Trip 36)”