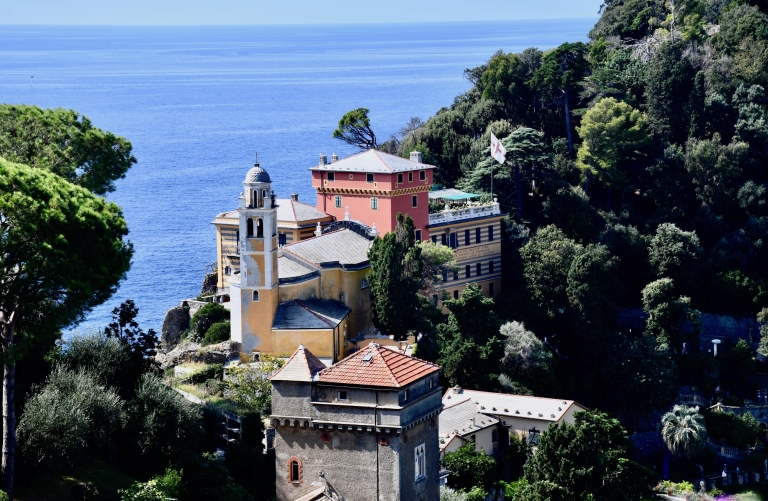 September 2018 – After our visit to Castle Brown in Portofino, we were going to walk further on to the lighthouse, but it was just a little too far for me at the time, and thinking back I must have felt really bad with the cold from hell for me to miss visiting a lighthouse.  Well I did make it to the Church we had passed by on our way up to the castle.  By this time it was so hot outside, it was lovely to sit in the cool of St George’s.  Also to have a little rest, before hiking back to our hotel in the next bay round to Portofino, luckily it would be in shade all the way back.  The church is suffering from the damp due to the sea, and there is quite a lot of paint flaking off the walls, apparently they repaint periodically, but not for my visit 🙂

Very much a plain interior, after all the high decorated churches I had visited on our trip, it was a bit of a shock.  A nice shock, but then I learnt that the church had been destroyed by a bomb during WW2, so maybe the earlier church had been decorated more.

Some history …….According to a plaque inside the church, the building was erected in Romanesque style in 1154, although further excavations made ​​in the reconstruction after the Second World War, allowed the discovery of an ancient square chapel dating back perhaps to time of the Lombards in Liguria when operating the monks of St. Columba.  The structure was revised and modified in 1691 and simultaneously the road was widened (Salita San Giorgio) which allows reaching the church from the main square of the village.  Further renovation and expansion was carried out in 1760.  During the Second World War the church was destroyed entirely by a bomb dropped from an aircraft. The reconstruction work took place shortly after the end of the war, in 1950, and the new altars and fixtures were built, according to the ancient structure of 1760.  Inside the relics of Saint George, patron saint of Portofino, are kept, brought by sailors returning from the Crusades. 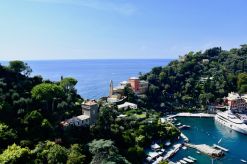 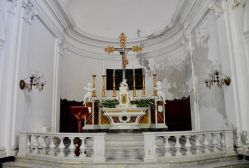 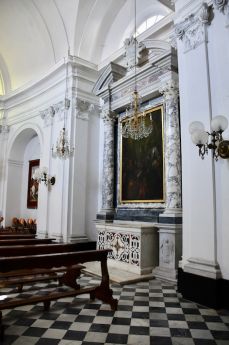 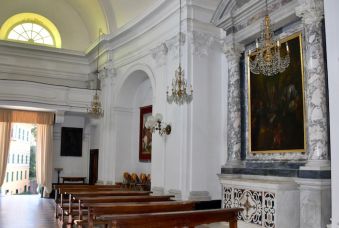 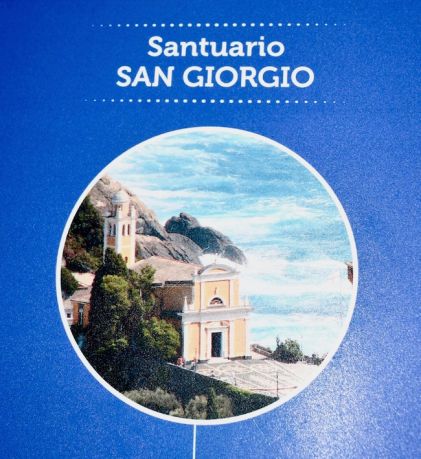 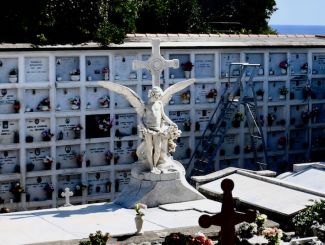 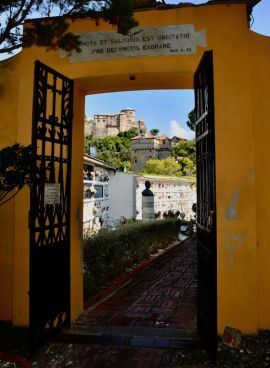 I have added a few photos of our walk back to our hotel, I really enjoy our visit and we were so lucky that it was so quiet….. not a lot of tourists from cruise ships, but that would not be the case in the next couple of days………. to continue. 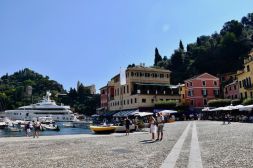 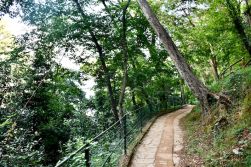