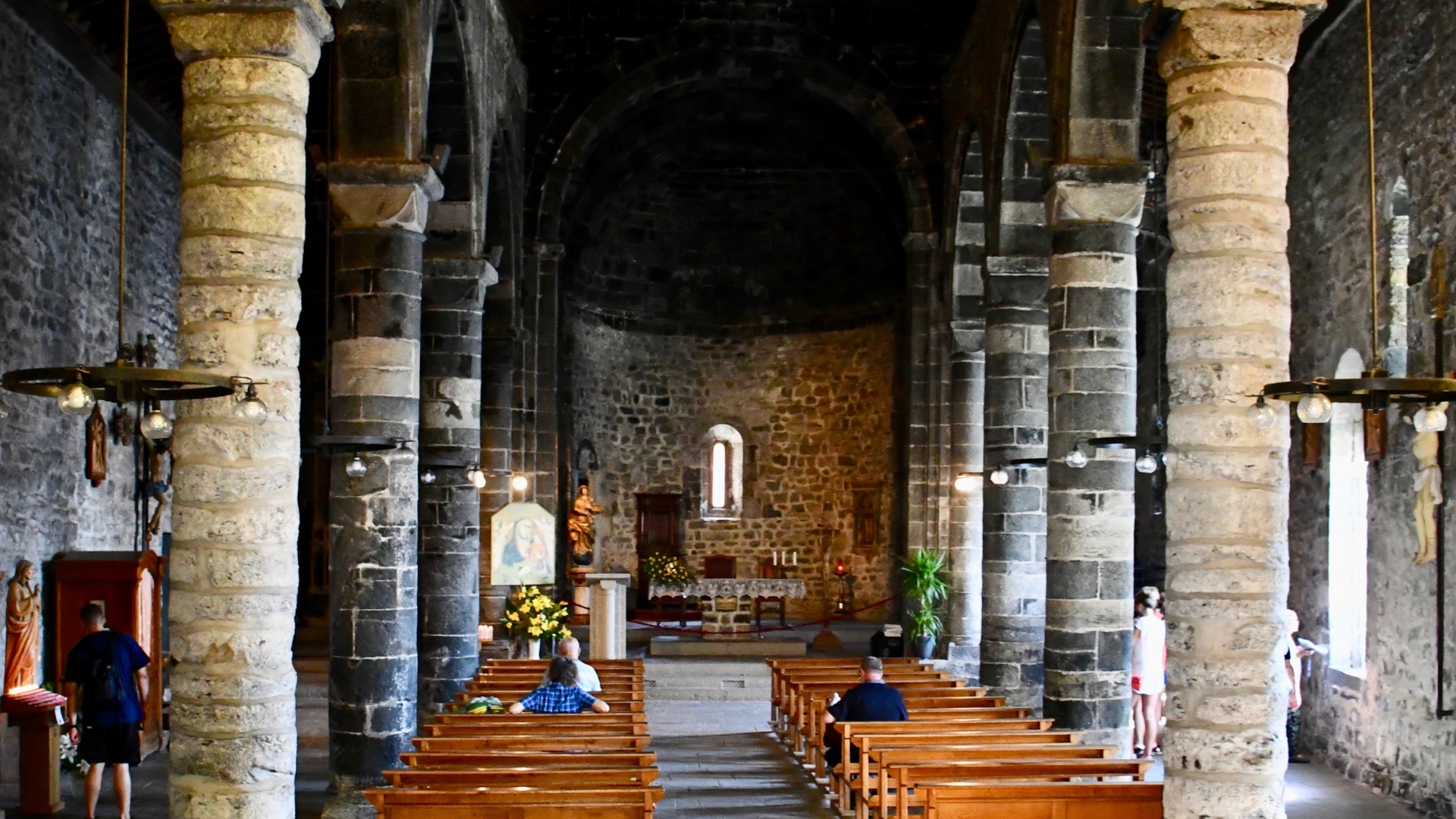 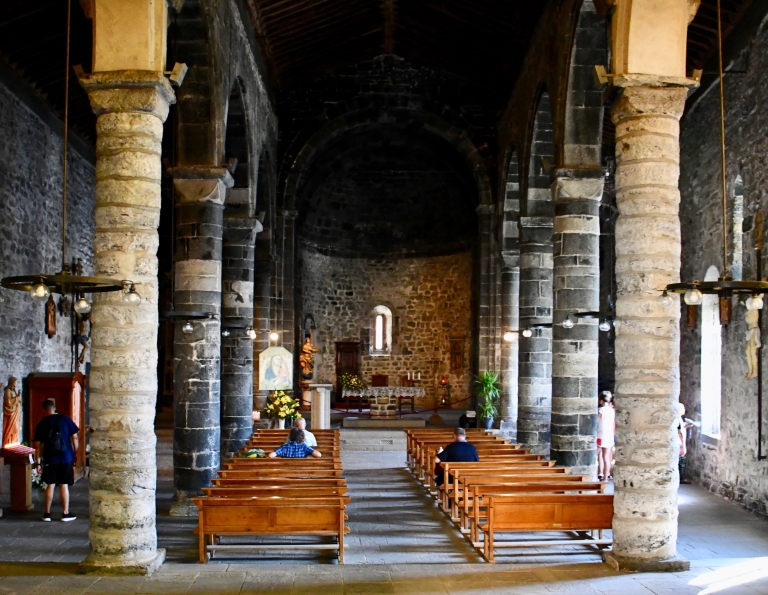 September 2018 – In the Cinque Terre Village of Vernazza, I visited the church of Santa Margherita d’Antiochia (1318), which stands to one side of the square overlooking the sea.  The church has undergone many restorations and what we see now, is a Romanesque style from a restoration between 1964 and 1970.  I have added some history at the end of the photos.  After resting awhile in the cool of the church we made our way to the train station and returned to Devia Marina.  We than had the long awaited ice cream, in a lovely quiet relaxing seaside cafe, which made a lovely end to a very busy eventful day.  Tomorrow….a surprise visit…..a real surprise 🙂 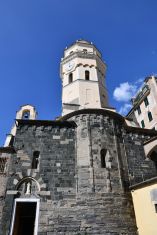 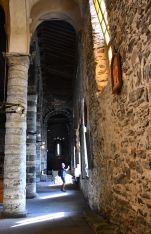 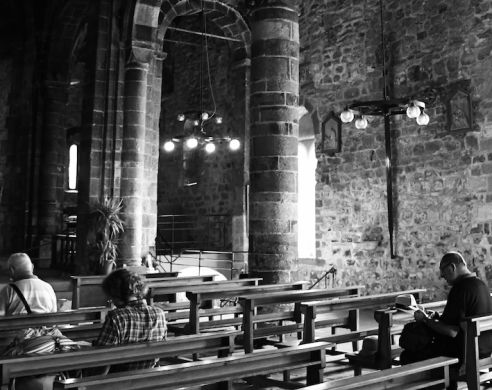 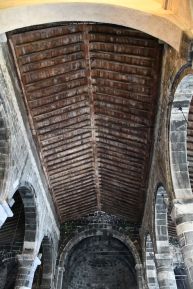 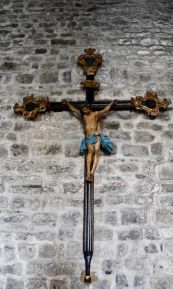 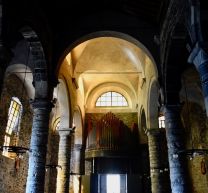 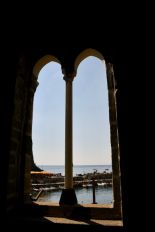 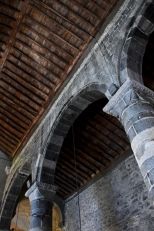 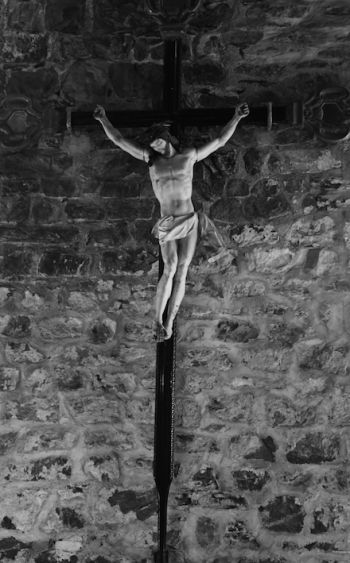 Some history …….Constructed in 1318 in Ligurian gothic style by the Maestri Antelami, the church of Santa Margherita d’Antiochia rose on a pre-existing XI century building. It was built on a rock in front of the sea, with an impressive 40 meters belfry adorned by a pointed shape dome. It has three aisles and was widened in the XVI and XVII century. According to the tradition, the church was built because a wooden box with the bones of Saint Margaret was found on the beach. But the inhabitants decided to build the church in the Isolotto quarter and a strong sea storm destroyed it and the relic got lost. Time after, it appeared again in the original point and the population then erected a new church there, where it stands now. It seems that a first church in Romanesque style was built on this place in the 11th century. Two centuries later, the current church was raised on the foundations of the previous one, of which only the apse remained. The new building is mentioned for the first time in a document from 1318. Between the 16th and 17th centuries, the structure was considerably enlarged, however, destroying the medieval facade. In the 18th century, the church underwent a new renovation, with the interior being redecorated in Baroque style. From the 19th century, the access to the church is made from the square, through a door built in the apse area. Between 1964 and 1970, new restorations were made: the wooden roof was replaced, the bell tower was elevated and the interior was again redecorated in Romanesque style.