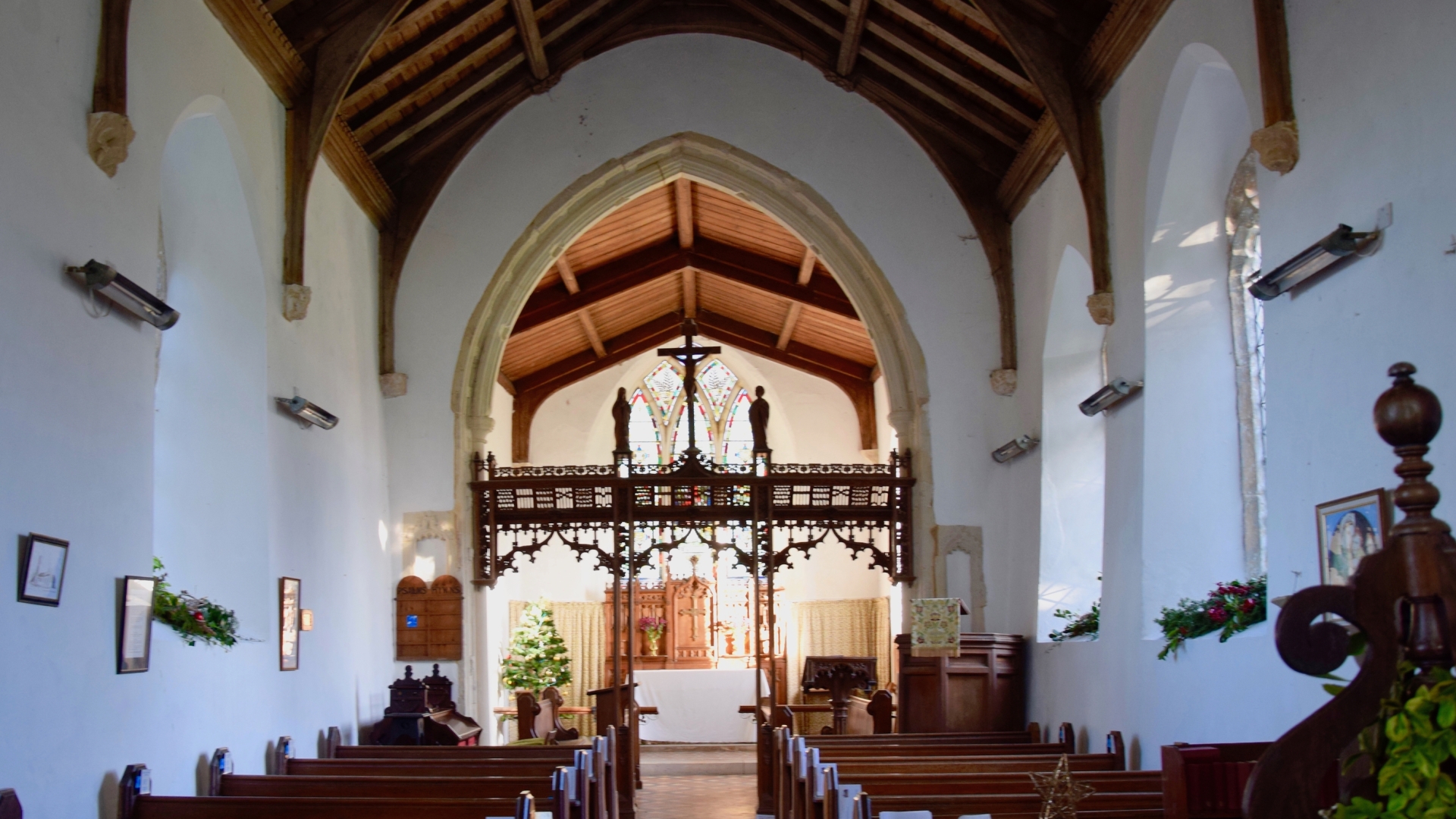 While sorting through some photos, I came across a couple of Suffolk churches that we explored on the 26th December 2016, I think, I was keeping them for the following Christmas……but I forgot all about them.  They are too nice to be forgotten about, so I will post them before I forget all over again.  The first post, is the Church of St Peter in South Elmham St Peter, a pretty mainly 13th and 14th century building.  You step through a Norman doorway into a church which has been Victorianised, but has a nice rural feel to it.

The church comprises a nave and chancel only, with a good square tower of flint-work, it is of Norman construction, but shows a total neglect of architectural purity in its later embellishments…..so not a lot of Norman left.  Still maybe if the restoration work had not been carried out, there might not be a church to visit.  There is a nice Medieval font with a Jacobean wooden cover and also some panels against the north wall of the chancel, the lower part of a sculptured altartomb, which could have covered  the remains of one of the Tasburghs.  I took a photo of a sheet about the Tasburgh Tombs, which explains about the tombs, and below the sheet, a photo of the panels.

It always pays to look up in a church, I normally look for roof angels, but sometimes there is a face looking back at you. 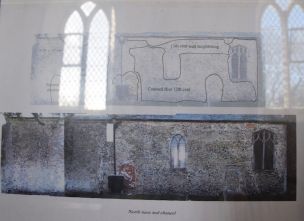 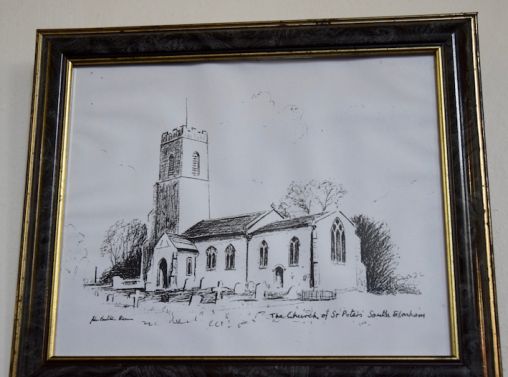 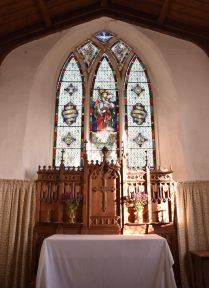 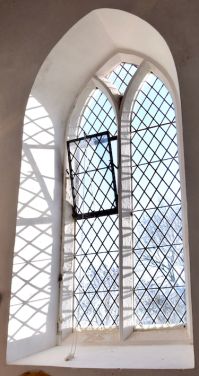 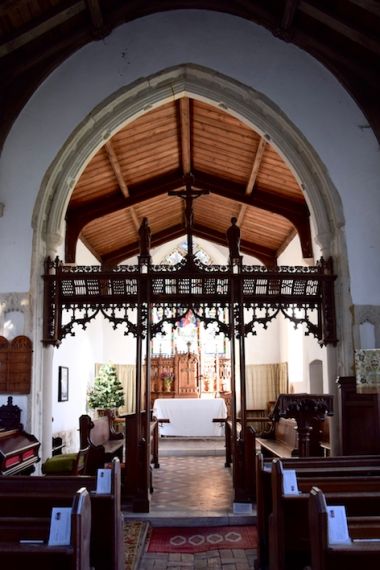