This is what I could remember seeing many years ago in Luss graveyard, although I had seen it before the stones restoration.  Now fully restored, you can see the wonderful markings on this ancient 11th century Viking Hogback Stone.  Hogbacks are stone carved Anglo-Scandinavian sculptures from 10th-12th century England.  This stone is thought to have dated from the Loch Lomond raid of 1263, when the Vikings had pillaged and settled on the lochside, maybe one Viking that stayed.  It was unearthed in 1926 and until very recently had been covered in moss, but now restored.  The solid stone blocks are not, as the name might suggest, representations of pigs but stones which are designed to make the tombs of the dead look like mighty buildings in the Norse style. The bow-sided shape of the hogbacks are similar to the classic Viking house and the interlace patterns on them are also very Scandinavian in origin, but this type of stone are only found here in Britain. They are not to be found in Scandinavia and also there’re none to be found before the Vikings came here.  It could be, as we were great carvers of stone, they saw this and emulated us.  Govan in Glasgow has a large number of hogbacks and various other ancient stones, the hogbacks are found exclusively in areas of Northern Britain settled by Vikings, Southern Scotland, Cumbria and Yorkshire. 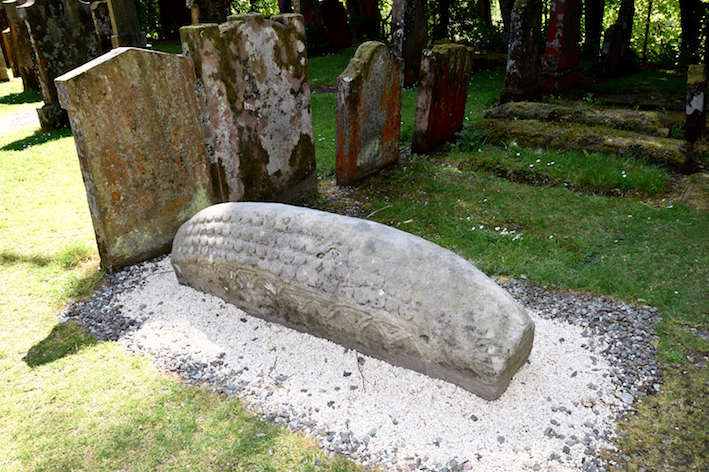 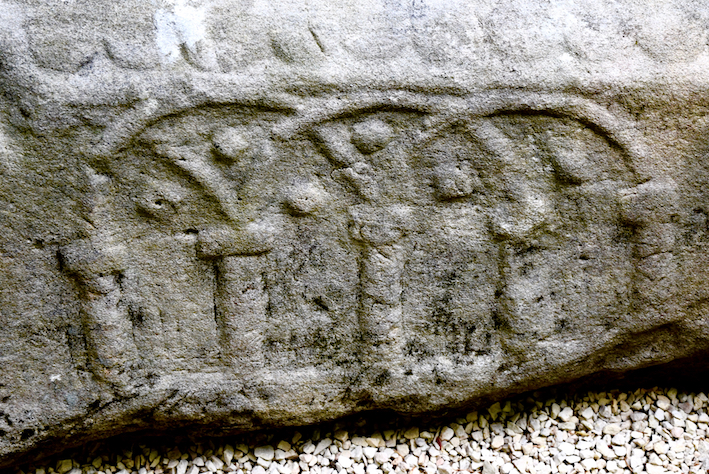