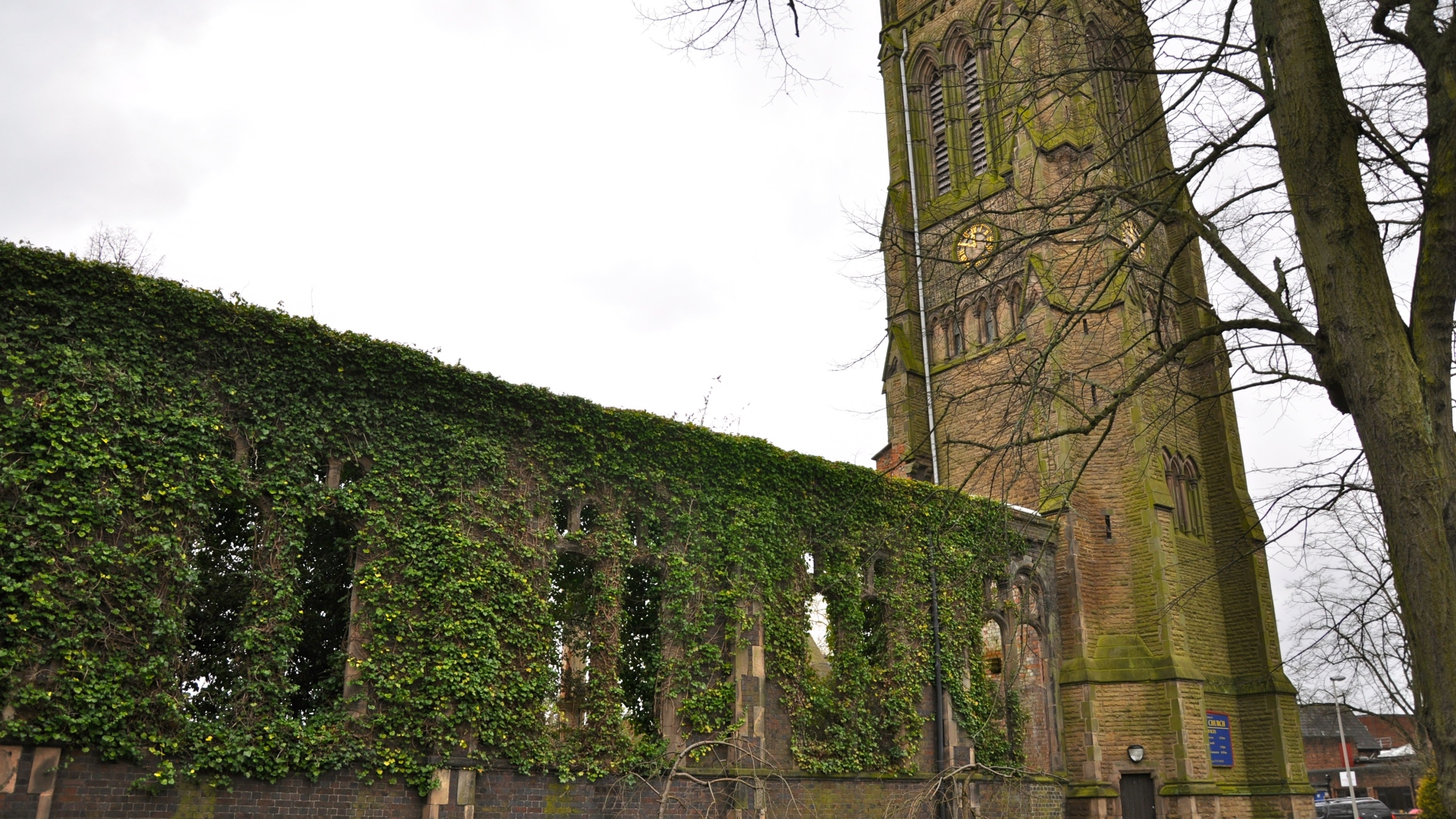 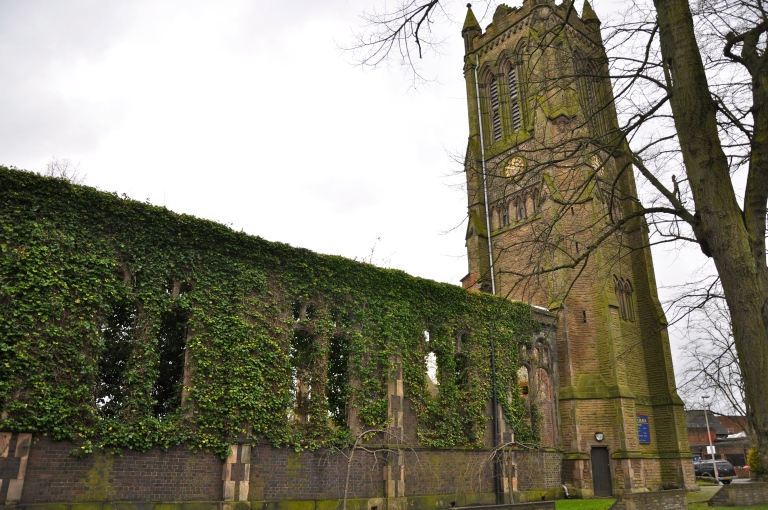 This church was a total surprise…….my husbands parents have lived just outside of Crewe for many years…so why had I never noticed this interesting building and it is interesting, not old, but it will leave a foot print in Crewe’s history.  Just browsing the web like you do, in fact it was Mothers Day and we had a bit of time before going to the pub for lunch…when I looked up ruins for Crewe……bingo, one in the very centre of Crewe.  Needless to say, a short time later I was snapping away.  The weather was just as cold as the day before at Wenbunbury, but it had stopped raining, my fingers were so cold, I have yet to master snapping with gloves on…..I just cannot believe I never noticed the large church tower, but as I said before, until you are interested in something, it never seems to register with you.  There are all kinds of things that different people are interested in, some quite amazing things and thats what makes us all unique in our own special way….and mine special interest at the moment is church buildings, mind you, I love windmills so maybe that will come later. 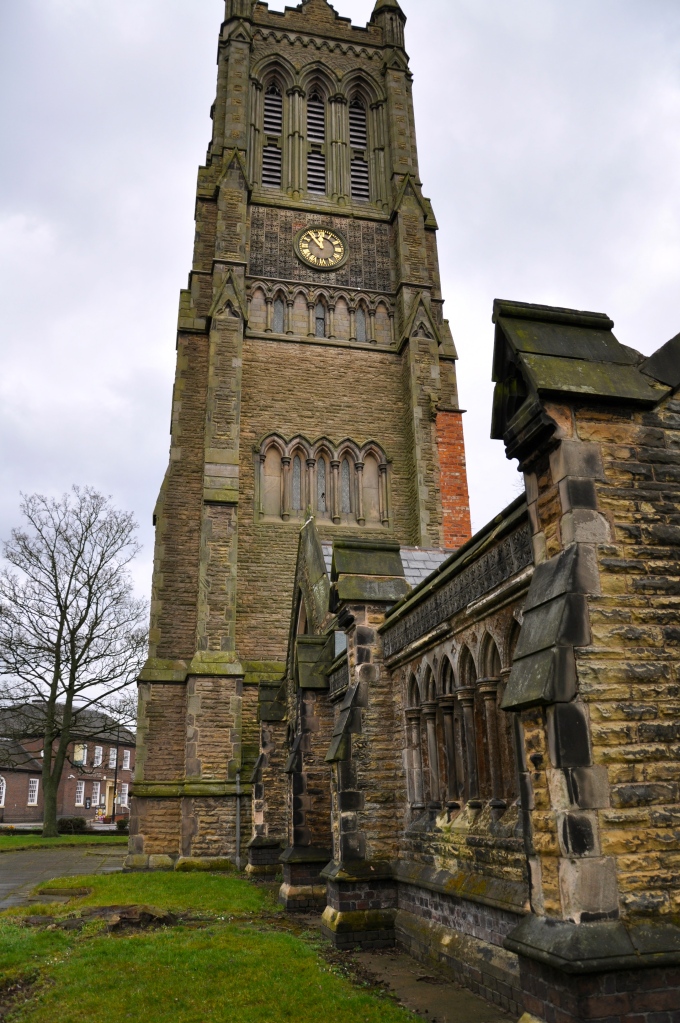 This church is not 15th Century, it is not ancient, but it has its own history…the Railway.  Crewe railway station was completed in 1837 when Crewe was just a village. Christ’s Church was built by the Grand Junction Railway & consecrated in 1845.  As Crewe grew over the following years from village to town, so did the church, the tower was added to in 1877.

The church built at the height of the neo-Gothic style in England, was constructed of yellow sandstone and the tower has angle buttresses.

Following the depopulation of the town centre, it was discovered in 1977 that the nave roof had dry rot, that must have been a terrible day. It was decided to save what was still serviceable as a controlled ruin and the body of the church was demolished in 1978  The church is still a Parish church and holds services from the Lady Chapel which survived. The building is Grade 1 listed.

Before I knew what the reason was for the damage and as I walked around the remains of the church, I began to think it was bomb damage from WW2, my father-in-law thought it was a fire, both wrong, nasty dry rot was to blame, such a shame.  The follow photo shows the church as it was…..notice the iron crown on top of the tower…wonder what happened to it.

Image courtesy of the CreweArchive.com

They appear to have tried to make a garden out of the nave, I would love to make a garden there, but I guess there is no money to spare for gardens. On one of the fences I noticed a sign with a picture of some flowers on it and someone had written ‘the mother church of Crewe’

I did’nt have time to discover what is left of the interior of the Church, but I will come again when and if the sun ever shines again.  For a surprise it was very special.

10 Replies to “Built by the Railway, Christ’s Church in Crewe, Cheshire”