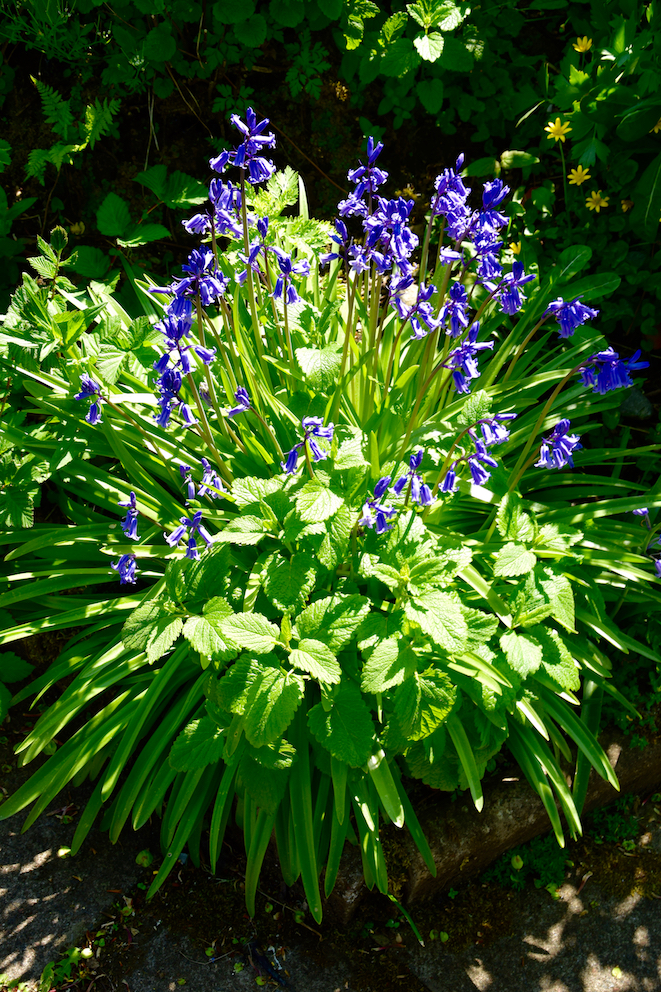 Today we visited the City of Birmingham, in the West Midlands,  We had to have some work carried out on the car, and as I have never been to the centre of Birmingham before, I grabbed the chance to knock  the Cathedral off my bucket list.  I must admit I was pleasantly surprised, we went to the Bullring to see St Martin’s Church and also the Famous Rag Market, were I took loads of photos.  We then had lunch, and then went in search of the Cathedral, with it’s wonderful Victorian stained glass windows.  Again I took loads of photos……I will someday get around to posting them, but what really prompted this post, were all the single and little groups of struggling bluebells that I saw.  They were poking out between wire fences, anywhere they could grow and just a glimpse of their blue, reminded me of the beautiful ones in Scotland that we see in May each year on holiday.  So I found some from last year 2016 and I think a little periwinkle, but I could be wrong about that…….